When Verastem paid Chugai/Roche $3m for the pan-Raf inhibitor CKI27 in January the clear promise was the project’s activity in Kras-mutant cancers. But it was only today that data backing the deal, which Verastem at the time said it had seen, were revealed to the markets.

The most promising result, concerning CKI27 combined with the FAK inhibitor defactinib and presented at the AACR meeting, was a 67% remission rate in Kras-driven low-grade serous ovarian cancer. However, toxicity could be a worry, and with Verastem up 210% year to date the stock took a pummelling, crashing 40% at this morning’s market open.

The investigator-sponsored dose escalation/expansion trial had attempted to enrol subjects into two cohorts dosing CKI27/defactinib above 3.2mg/200mg respectively, but dose-limiting toxicity immediately ruled out 3.2mg/400mg. An intermediate 4mg/200mg dose enrolled subjects, but was also abandoned when those on treatment beyond six months displayed chronic toxicities.

Though the Institute for Cancer Research’s Professor Udai Banerji, presenting the data today, insisted that toxicities were mostly grade 1 or 2, and all were reversible, the obvious consideration is whether this renders Verastem’s therapeutic window too small. This is especially true since responses in NSCLC seem to be underwhelming.

The results will be of interest to followers of Mirati, whose $3.7bn valuation is driven largely by its Kras G12C inhibitor MRTX849. Toxicity aside, the data on Verastem’s assets demonstrate that certain Kras-driven tumours can be targeted using an approach that does not target the Kras protein itself.

Of the four responding subjects one only just met the criteria for a partial remission. But all had Kras mutations of varying types – two G12D, one G12V and one G12A – and three had previously been treated with a Mek inhibitor; this is relevant because Raf and Mek are part of the same pathway. 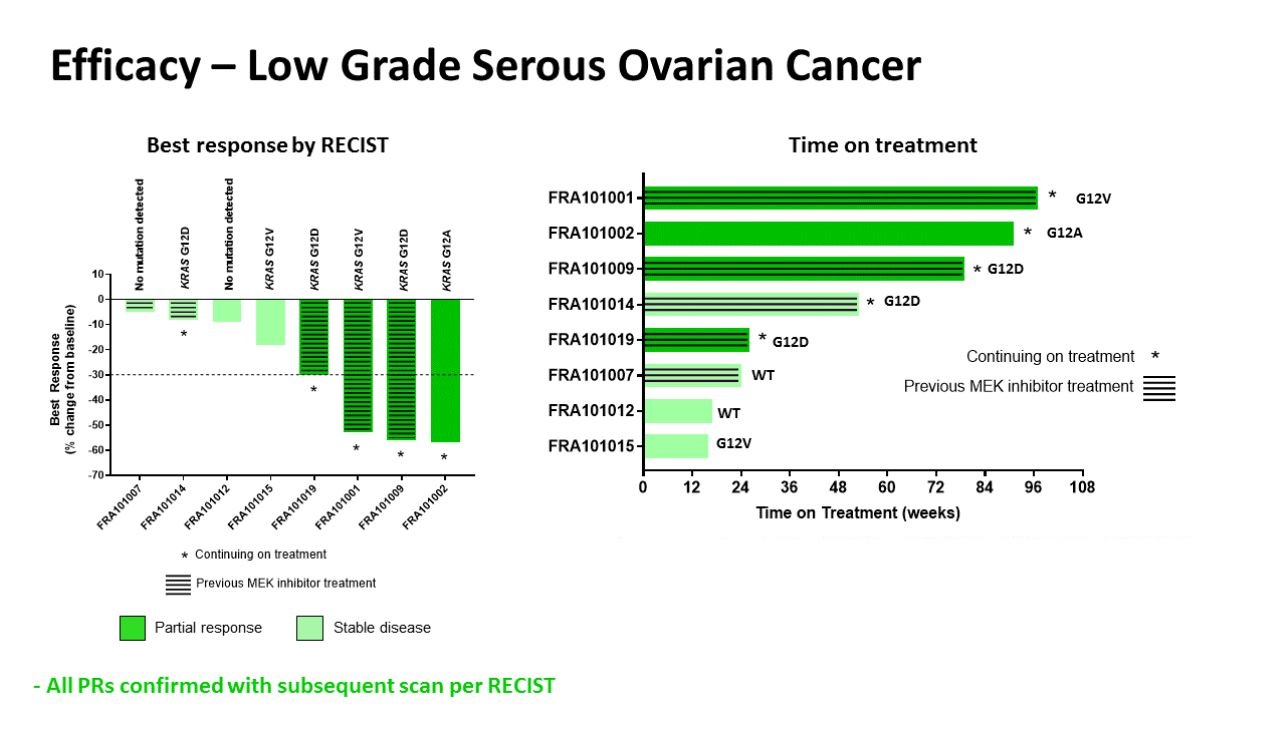 This being an early, uncontrolled study, direct comparisons are impossible, but Professor Banerji said historical data suggested response rates of 13% with Femara and 26% with Mekinist in this cancer type.

So far the most promising data with MRTX849, and with Amgen’s rival Kras G12C inhibitor AMG 510, have come in NSCLC. The trial of Verastem’s combo also aims to recruit up to 20 Kras-mutant NSCLC subjects, but in the 10 who are so far evaluable AACR heard of only been one partial remission, in a G12V-mutant subject.

However, Verastem said a second G12V NSCLC patient went into partial remission after the November 2019 data cutoff. But only one NSCLC subject is continuing treatment, and of the rest just one was on the combo for over 24 weeks. The study also recruits colorectal cancer subjects, but no data on these were presented at AACR.

Professor Banerji said the lowest, 3.2mg/200mg dose was the one recommended for further study. The big question is whether this impairs Verastem’s ability to show efficacy in anything beyond low-grade serous ovarian cancer. 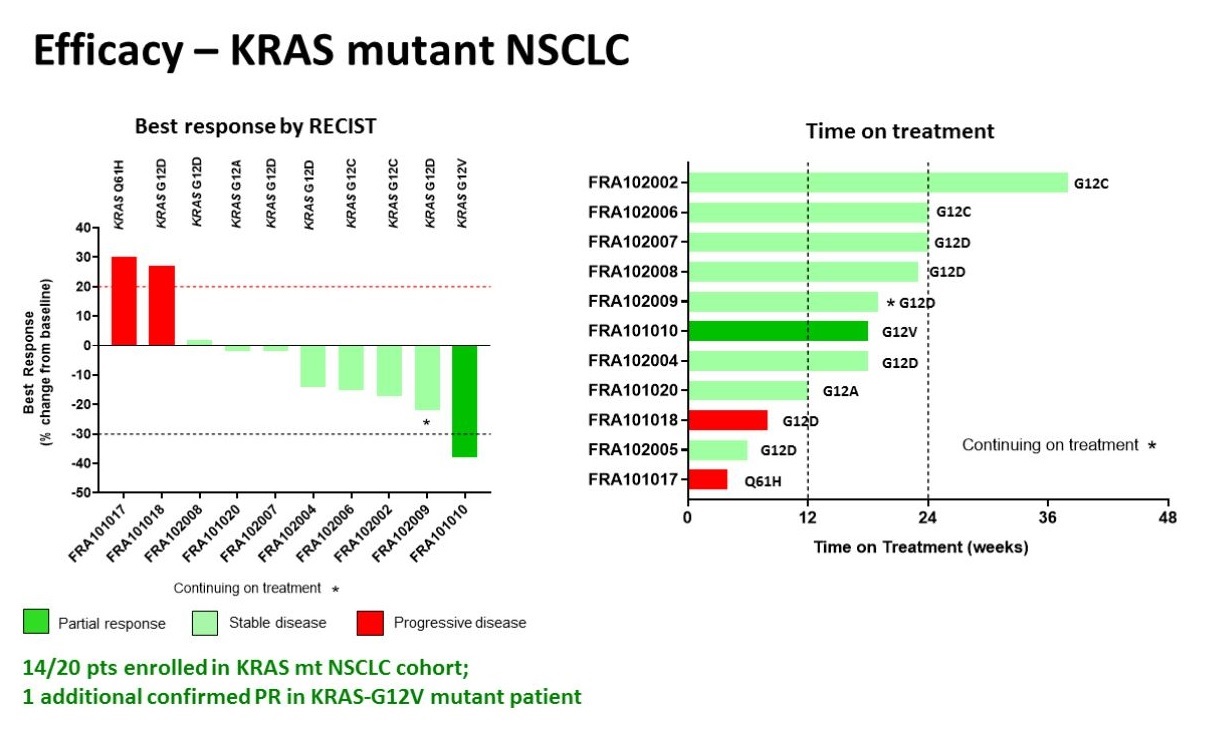