Roche secures a front-line liver cancer label, but rival data at Asco show that the competition isn’t resting on its laurels.

Today’s US approval for Roche’s Tecentriq/Avastin combo, backed by overall survival in the Imbrave-150 trial, marks a first for immunotherapy in first-line liver cancer.

It also boosts Roche’s Avastin lifecycle strategy, as well as enabling the group to leapfrog Merck & Co and Bristol-Myers Squibb, whose Keytruda and Opdivo both carry liver cancer labels but only in the second-line setting. Bristol failed in Checkmate-459, a front-line Opdivo monotherapy study, however Roche’s lead might not last long.

Judging by data presented at Asco over the weekend, front-line liver cancer competition could be around the corner. The next threat could come from Astrazeneca, which hopes to report the findings of the first-line Himalaya study later this year.

This tests Imfinzi monotherapy, or in two combinations with the anti-CTLA-4 agent tremelimumab, against Nexavar; the primary outcome is overall survival, though it is not clear how the statistical powering is being split across the trial’s various cohorts.

At Asco Astra provided a way of handicapping Himalaya, courtesy of a phase II trial called Study 22. This enrolled a mixture of first and second-line subjects, and though it effectively had no control cohort it did provide backing of sorts for the Imfinzi/tremelimumab combo. 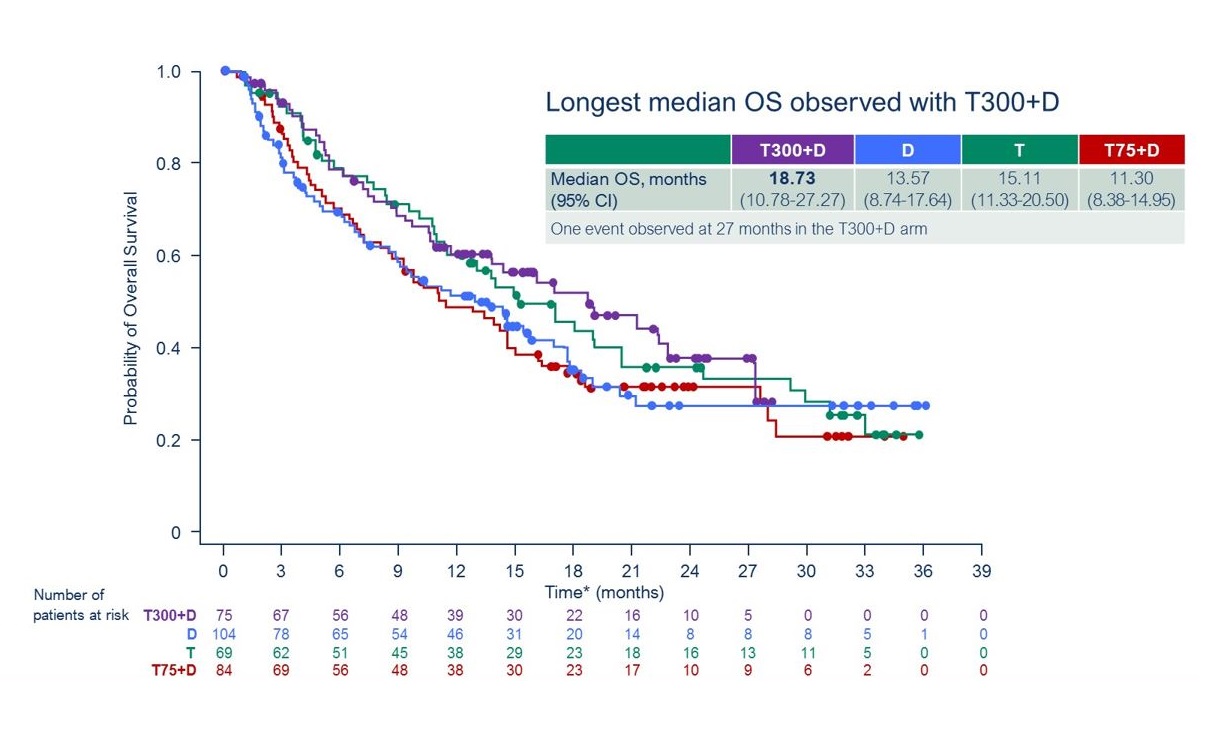 This fact alone puts study 22 in a rare category of trials in which tremelimumab has not been a flop. The cohorts tested in the study were two regimens of the combo, as well as Imfinzi or tremelimumab as monotherapies, all after a limited run-in period on the combo.

The highlight was that the best median overall survival, 18.7 months, was seen in patients given Imfinzi plus 300mg tremelimumab – the same regimen that is being tested in one of the arms of Himalaya.

Curiously, tremelimumab monotherapy yielded the second-best mOS figure, 15.1 months, but the baseline characteristics were imbalanced: only 44% of treme monotherapy subjects were second-line, versus 57% of those on the combo. The presenters also said study 22 showed remissions regardless of subjects’ PD-L1 status.

For its part, Merck is relying on Eisai’s Lenvima as the other half of its Keytruda combination in front-line liver cancer; its pivotal Leap-002 study of this approach compared with Lenvima monotherapy reads out in 2022. 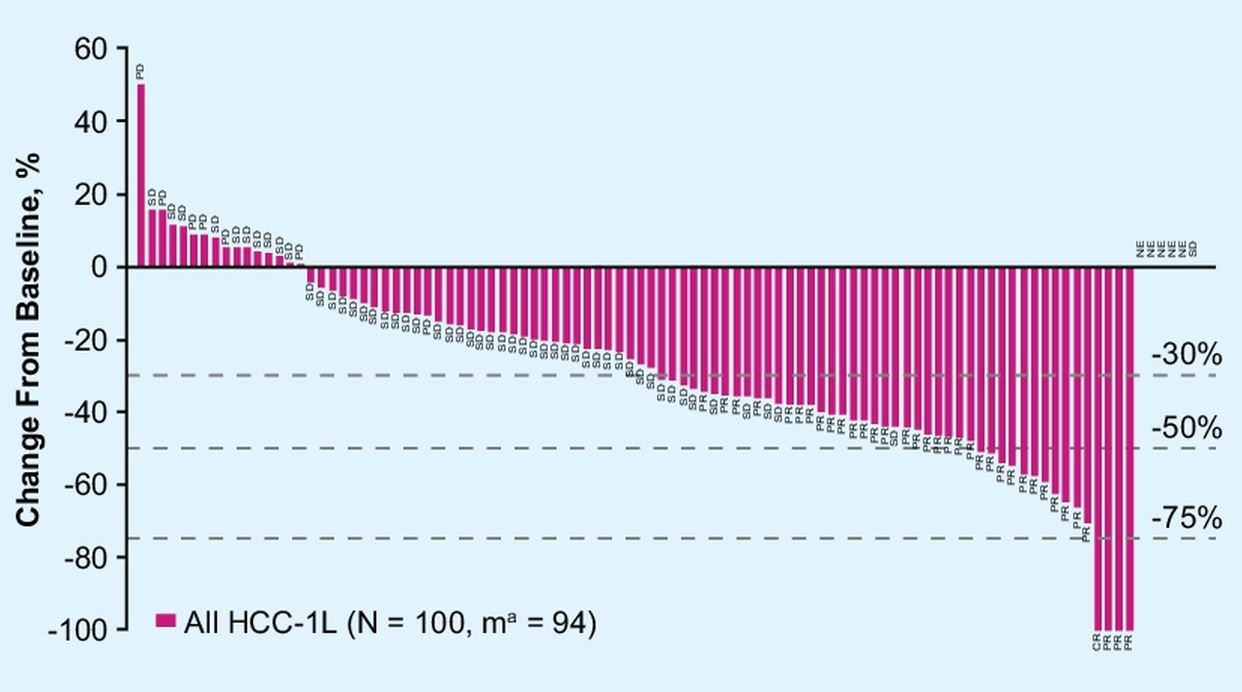 At Asco Merck presented a poster on Keynote-524, a small uncontrolled trial of Keytruda plus Lenvima. This yielded 22.0 months of mOS, and 36 of the 100 subjects experienced disease remission. Though this was only a phase I trial it effectively represented the front-line setting, as subjects could not have received prior systemic therapy.

The one caveat for Merck is that its second-line label, backed by an accelerated approval, looks questionable after last year’s failure of the confirmatory phase III trial Keynote-240. Roche therefore has a lot going for its Avastin combo, but it must make the most of its window of opportunity.