The latest showing from Car-T players in multiple myeloma sees Johnson & Johnson beat Bluebird, but toxicity hangs over both.

Since many investors following Bluebird/Bristol Myers Squibb’s BCMA Car-T therapy ide-cel remain fixated on the expiry of the Celgene-related contingent value right they might not care much about the groups’ follow-on asset bb21217. This is just as well, since data revealed at Ash today give the latter little hope.

But the findings are important given that a separate Ash study today confirmed Johnson & Johnson’s rival cilta-cel to be the most efficacious multiple myeloma Car-T therapy. In the long run this could put pressure on Bluebird/BMS to come up with something better than ide-cel, but it now seems clear that bb21217 is not the answer.

That said, it is not all plain sailing for cilta-cel either. The project’s Cartitude-1 trial now comprises 97 evaluable subjects, but has seen six die as a result of cilta-cel, Dr Deepu Madduri of Mount Sinai Medical Center told Ash.

This level of toxicity is a fresh concern for what is seen as the sector’s standout BCMA-targeting Car-T asset. Dr Madduri spelled out the deaths as being due to sepsis in two cases, and cytokine storm, lung abscess, respiratory failure and neurotoxicity in the other four subjects.

Remarkably, the death from neurotoxicity occurred 247 days after cilta-cel infusion but was still deemed treatment related, perhaps indicating the long persistence of this Car-T therapy. At the Ash update a year ago the reported deaths numbered one, due to cytokine storm. 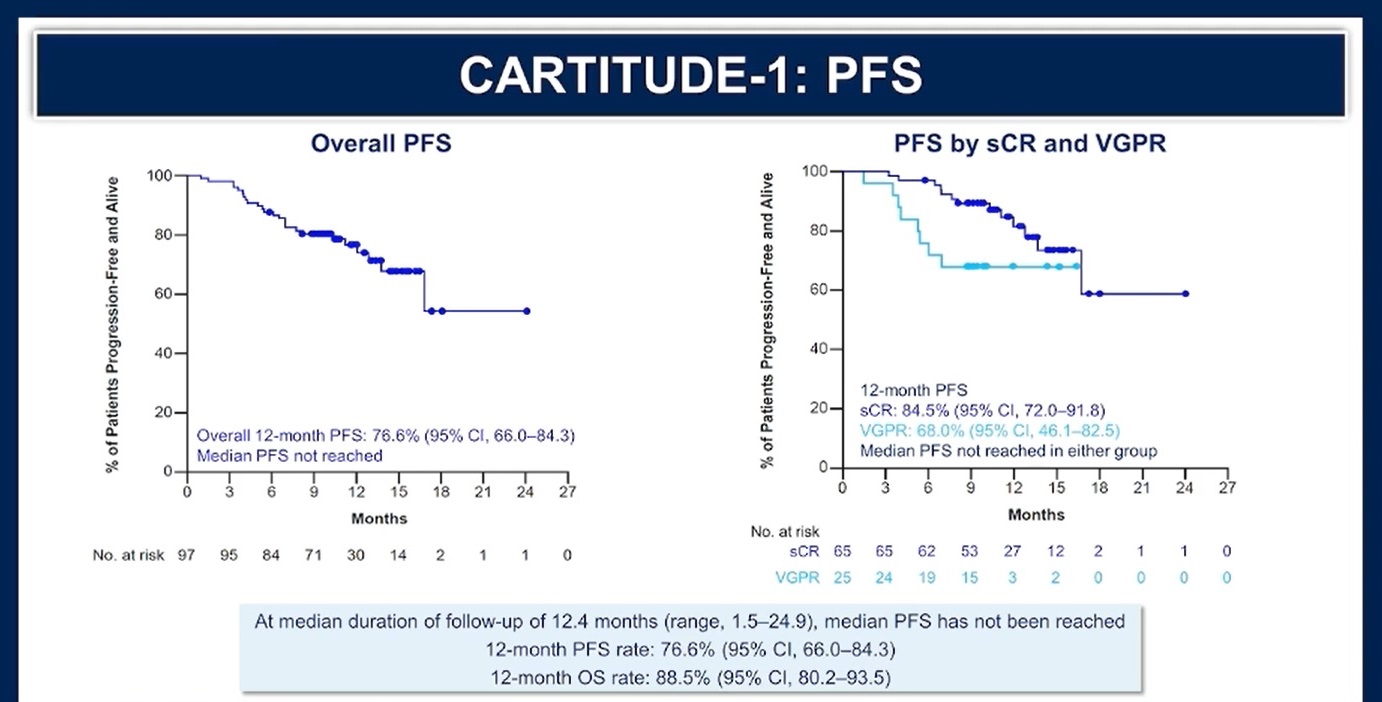 On the efficacy side, however, cilta-cel looks unbeatable, showing a 97% overall remission rate, with 65 of the 94 responses being complete. 70 responses are ongoing, and at 12.4 months’ median follow-up median progression-free survival has not been reached, said Dr Madduri.

In comparison, the Karmma trial on the basis of which ide-cel has gone to regulators cites a 73% overall remission rate, or 82% at the highest dose. At Ash today data from a separate ide-cel study, CRB401, showed a 76% ORR among its 62 evaluable subjects, although for the 38 given 450 million cells this was 90%.

With a median 18.1 months’ follow-up in CRB401 median duration of response is 10.3 months across all doses, suggesting that lack of persistence is still a problem. Indeed, one of the reasons Bluebird had designed bb21217, which uses the same Car construct as ide-cel but adds a manufacturing step, was to improve on ide-cel’s persistence.

Today’s Ash data with bb21217 do yield some support for this, with the CRB402 study showing 17.0 months’ median duration of response among the 40 patients revealed today to have responded. However, with a denominator of 59 evaluable subjects at this point the resulting ORR of 68% is barely in line with the efficacy of ide-cel.

And it gets worse: presenting the data, Dr Melissa Alsina of Lee Moffitt Cancer Center said two subjects had died of cytokine release syndrome resulting from bb21217. One of these was in the setting of neurotoxicity, and there was also a separate case of serious (grade 4) neurotoxicity.

One of the early findings about ide-cel was its relatively clean safety profile, something that today’s Ash data bear out. But bb21217 now looks meaningfully worse. 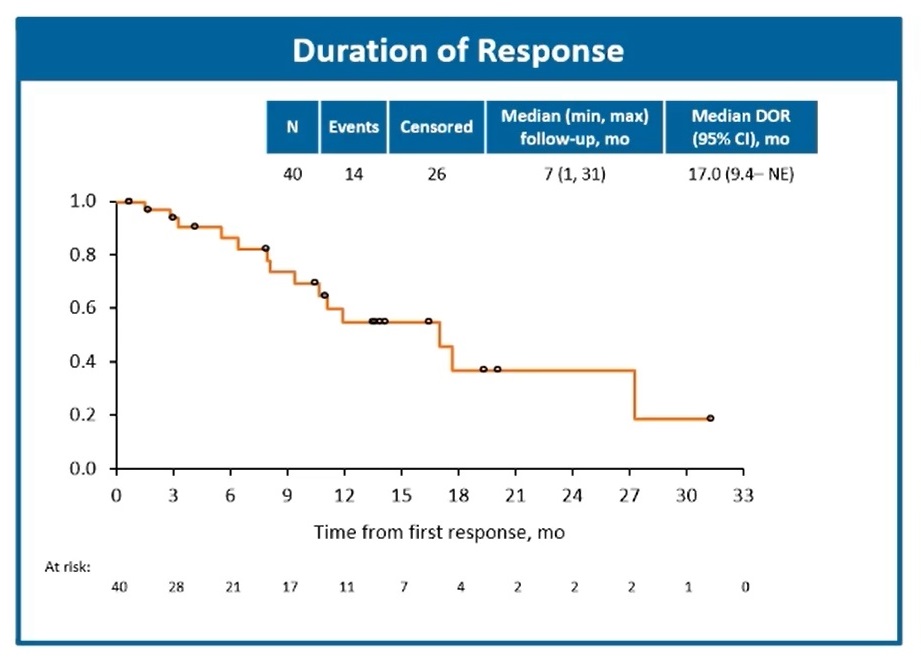 In a bizarre twist, Dr Alsina revealed that partway through the CRB402 trial Bluebird/BMS decided to modify bb21217’s manufacturing process – though they did not tell the investigators what the changes involved.

19 of the 59 patients received bb21217 using the new process, and among these subjects the ORR was a more impressive 84%. Dr Alsina did not say with which manufacturing process the CRS-related deaths had occurred.

Bluebird/BMS are clearly still in the race, and ide-cel looks eminently approvable. The question for investors is when, and how its competitive profile holds up.

This story has been amended to correct certain trial names.

Ash 2021 movers – IGM steals the show, for all the wrong reasons