Given the chequered history of checkpoint blockade in gastric/oesophageal cancer it should come as a surprise that not one but two anti-PD-1 antibodies have shown a first-line benefit here in quick succession.

This is what was claimed at two Esmo late-breakers on Monday about the chemo combo Checkmate-649 and Keynote-590 trials. Not only that, but each study’s lead author claimed that the respective agents, Bristol Myers Squibb’s Opdivo and Merck & Co’s Keytruda, should now be a first-line standard. The devil is in the detail.

It cannot be denied that the two trials have yielded positive survival results versus chemo alone. That had been toplined in August as Bristol said Opdivo had become the “first and only” PD-1 inhibitor to achieve such an outcome in adenocarcinoma, only for Keytruda to repeat the trick in patients regardless of histology.

But context is needed. At an Esmo press briefing the discussant Dr Salah Al-Batran, from Nordwest-Krankenhaus Frankfurt, spelled out the trials’ differing recruitment criteria; and both, while primarily seeking to show an effect in PD-L1 expressers (at ≥5% for Checkmate-649 and ≥10% for Keynote-590), subsequently showed an apparent benefit in all-comers.

Dr Al-Batran slammed the authors’ claims that checkpoint blockade should now be standard in all first-line patients regardless of PD-L1 expression. He said he first wanted to see the efficacy in PD-L1-low subjects and in PD-L1 non-expressers, given that PD-L1-high patients were likely driving the overall benefit.

He told the press briefing that a “very responsive group of high expressers” should not be used to “inflate the results for all-comers”. Nevertheless, he accepted that both trials were practice-changing.

This outcome was certainly unexpected, given recent history. Keytruda was approved in 2017 in third-line gastric and gastroesophageal junction (GEJ) adenocarcinoma patients expressing PD-L1 at ≥1%, based on the small Keynote-059 trial. But the potentially confirmatory second-line study Keynote-061 failed, and the first-line Keynote-062 trial was inconclusive.

This was followed by second-line US approval in ≥10% PD-L1-expressing oesophageal carcinoma of squamous histology, on the strength of Keynote-180 and 181. This did not require a confirmatory trial, but an EU filing in this use was pulled after the regulator cited “unanswered questions”.

Opdivo, meanwhile, was approved this year in second-line, biomarker-independent oesophageal cancer with squamous histology, on the back of the Attraction-3 trial.

What do the latest data add to the picture? Checkmate-649 and Keynote-590 both enrolled oesophageal and GEJ cancer subjects, with '649 also including gastric cancer. Both in fact included mixed histologies, except for an adenocarcinoma-only stipulation for oesophageal tumours in ‘649, and for GEJ cancer in ‘590.

As if this did not pose sufficient complexity for doctors, parsing the benefit by PD-L1 expression clouds the picture further. The fact that both studies were primarily focused on PD-L1 expressers shows how the companies had hedged their bets, but in fact the Esmo presentation highlighted the benefit in all-comers. 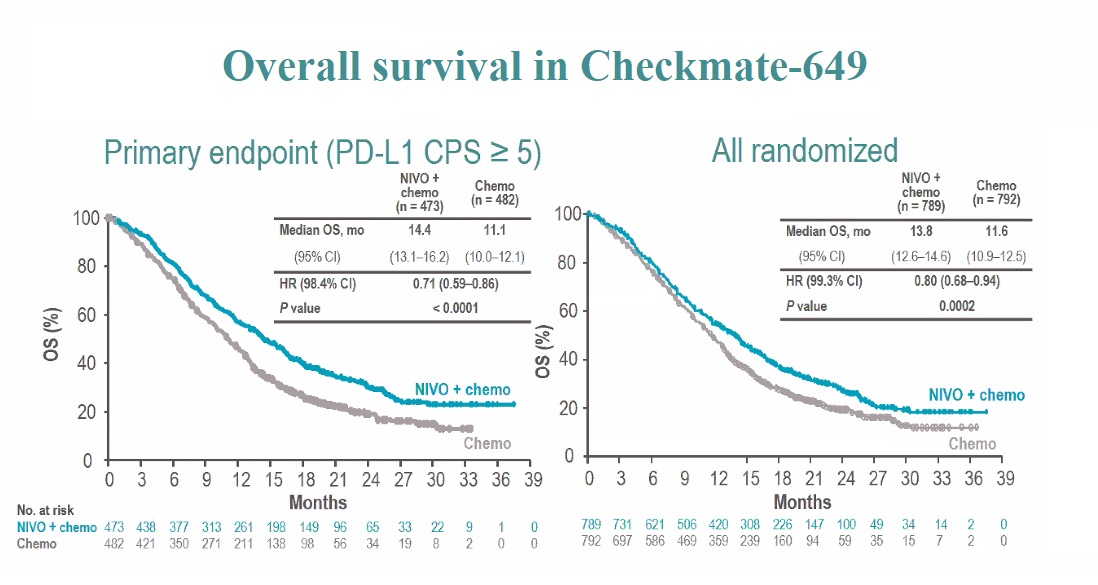 Thus Dr Markus Moehler of Mainz University Hospital, presenting the Checkmate-649 data, was able to boast of a highly significant and clear overall survival benefit in patients irrespective of PD-L1 expression. Meanwhile, median OS in ≥5% PD-L1 expressers, the co-primary endpoint, amounted to a 29% reduction in risk of death.

And that final broad population is the setting in which Keytruda plus chemo should be a new standard of care, Dr Enzinger claimed. It is in Bristol and Merck’s interest to seek the broadest label possible, but whether the FDA mandates a biomarker approach is now the question. 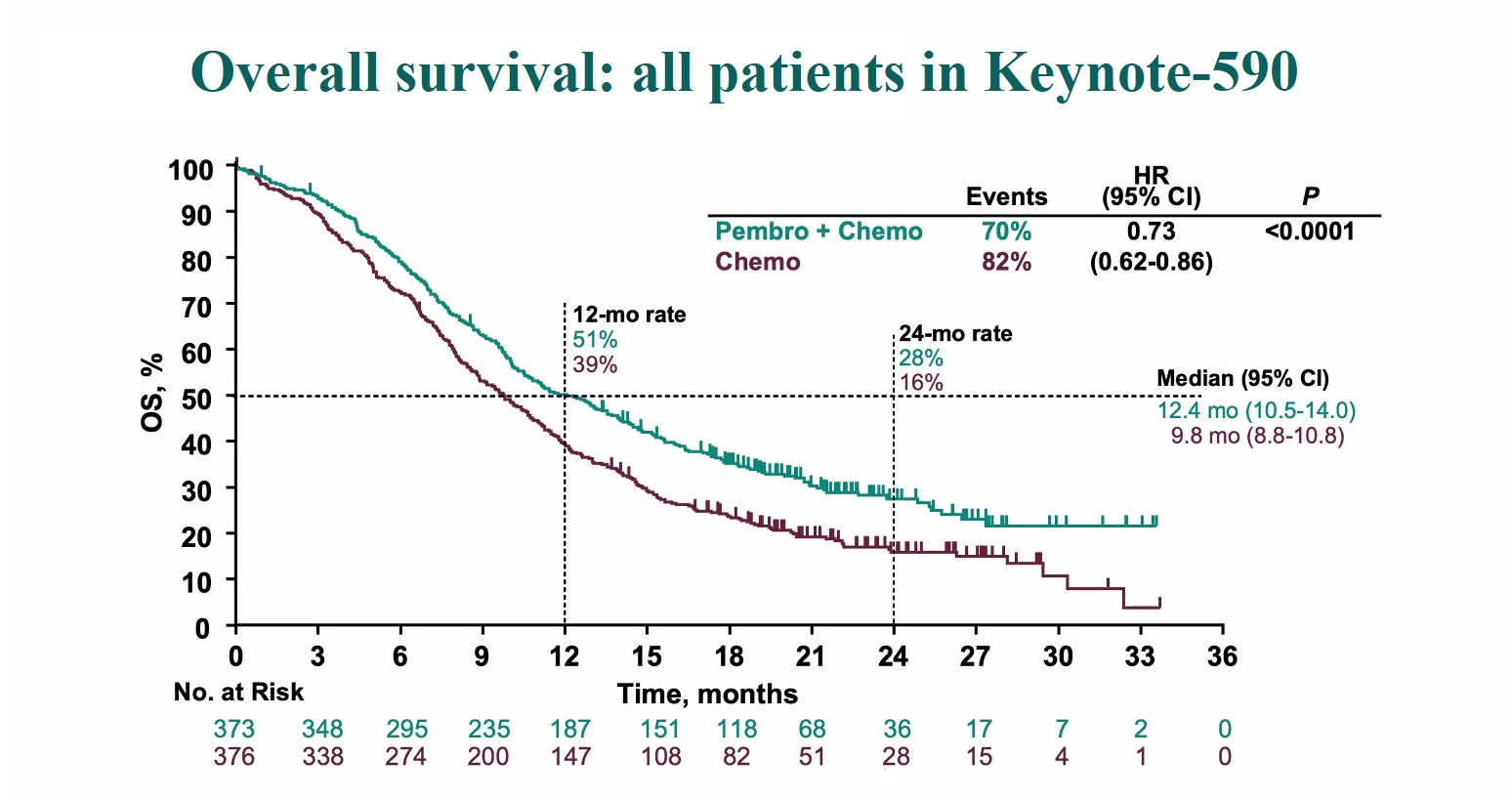