Rocket is bringing lenti back

The resurgence of lentiviral-based gene therapies might be one of the comeback stories of 2022. Bluebird bounced back from toxicity scares to secure US approvals for Skysona and Zynteglo, and ranked among the winners at December's Ash meeting.

Also doing well at at Ash was Rocket Pharmaceuticals, which had data on its three lentiviral contenders. This company gets more attention for its AAV-based Danon disease project, but “we think we’re in a position to bring lenti back”, its chief executive, Gaurav Shah, told Evaluate Vantage at the conference.

Investors have largely kept the faith with Rocket, even as other gene therapy players suffered; the group’s stock sank 10% across the year, something that could be seen as a victory of sorts compared with the performance of other names in the space.

Still, a somewhat vague update at the tail end of 2022 on the Danon asset, RP-A501, spooked backers who had apparently hoped for more details on pivotal trial design.

As for the group's lentiviral projects, one reason for caution about this approach is a theoretical risk of insertional mutagenesis; namely that the gene therapy could trigger cancer. Although Bluebird’s Zynteglo has been exonerated here – most recently at Ash – there are lingering concerns.

Mr Shah talked down these worries, saying the only lentiviral gene therapy that has directly been linked with cancer was Bluebird's Skysona, which was approved last year for cerebral adrenoleukodystrophy, albeit with a black box warning for haematologic malignancies.

He contended that Rocket’s lentiviral projects had been “discounted” by investors “because of all the news around other lenti programmes”. But he believes that there is still a place for this modality, and gene therapy in general, despite the negative sentiment.

However, he was scathing about attempts to develop gene therapies for less serious disorders, or those that are already well served. “Gene therapy doesn't work as a nice to have. It has to be reserved for fatal diseases, or highly morbid diseases where patients have no other good alternatives.”

Fanconi anaemia, where Rocket plans a filing in the second half of 2023 for RP-L102, is a good example. The disorder leads to gradual bone marrow failure and is associated with an increased risk of leukaemia. The only potentially curative therapy is a bone marrow transplant, but even if this is successful patients can develop solid tumours.

“Why not try this?” Mr Shah says of RP-L102, which notably does not require a conditioning regimen, unlike many other ex vivo gene therapies. He added that bone marrow transplant would remain an option for RP-L102 non-responders.

Phase 2 data were presented at Ash, showing efficacy in six of 10 patients evaluable at one year – this was defined as increased resistance to mitomycin-C, a DNA-damaging agent to which Fanconi patients are particularly sensitive. An additional patient went on to show resistance at a later timepoint. 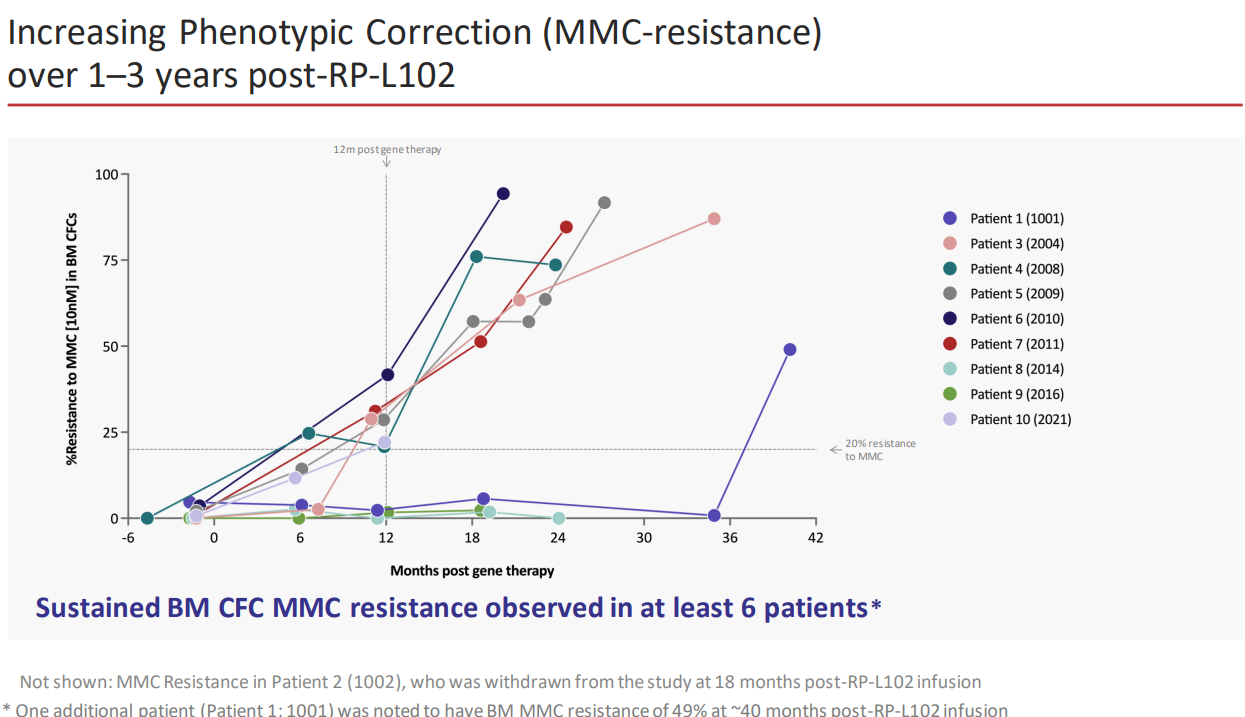 Rocket had set out to show a response in at least five of 12 patients studied. Safety also looked relatively clean, with one transient infusion-related reaction. One patient developed lymphoma, but this was deemed unrelated to RP-L102.

It will soon be up to the FDA to decide whether this is enough for approval. However, RP-L102 will not be the first Rocket project to go in front of regulators: that will be RP-L201 for leukocyte adhesion deficiency-I, with a filing set for the first half of the year. Data on this asset also featured at Ash, but had already been presented at the ASGCT conference in May.

The group’s final lentiviral project is RP-L301, which is being developed for pyruvate kinase deficiency. Patients got their first disease-modifying option, Agios’s Pyrukynd, last year, but Mr Shah still sees an unmet need.

“Pyrukynd doesn't have much efficacy in severe disease or patients who have already had splenectomies. So I think that's the first place to start with gene therapies.” He estimated that half of the approximately 8,000 PKD patients in the US and EU could be candidates for gene therapy.

Rocket presented data at Ash on two adult patients, showing haemoglobin levels in the normal range after therapy; notably, one had already failed on Pyrukynd. The group hopes to see similar results from two paediatric patients this half.

Still, RP-L301 will need to prove its worth in a bigger population, and the next step will be a pivotal trial. Mr Shah said this would probably be “relatively modest”, and the company hopes to go down the accelerated approval route. As for endpoints, he hinted that the study could look at haemoglobin levels as well as transfusion burden.

So far Rocket has just about managed to sidestep the bloodbath that has hit the gene therapy industry. To continue doing so it now needs to deliver, and its first big tests will come when regulators review its late-stage lentiviral projects.

Interview – Orchard stocks up for filing with $110m harvest