Voxeleron is, like Google’s related company Deepmind, using artificial intelligence to analyse ocular images. Unlike Deepmind, it is employing a targeted approach.

Last month Deepmind was the focus of much excitement after trial data suggested that its artificial intelligence-fuelled software was as good as doctors at making referral decisions for patients with ocular disorders. But another group is seeing success by prioritising traditional techniques for analysing ocular images, and using machine learning more sparingly.

Voxeleron is developing an AI-enabled system called Orion, which is more focused on prognosis than patient referral. This is initially pitched at pharmaceutical companies, to inform drug development, but in future could go head-to-head against Deepmind’s “somewhat overhyped” tech, says Jonathan Oakley, Voxeleron’s co-founder.

Orion is a software platform that analyses optical coherence tomography (OCT) images to pinpoint abnormalities in the retina. Mr Oakley says there is “a reasonable overlap” with Deepmind’s technology: “We can take image data and assign a label to it. We can assign, at the pixel level, a classification of each pixel, of what it might actually be.”

However, while Deepmind’s system uses highly complex artificial intelligence, requiring a vast amount of computational power, to do all its evaluations, Voxeleron intends to do more straightforward analyses first.

The two companies’ initial aims are slightly different. Deepmind is targeting referral – analysing the patient’s images and making a recommendation for further treatment (Deepmind’s AI works, but making money remains elusive, August 14, 2018). Voxeleron is more concerned with prognostic classification, re-checking biomarkers that pharmaceutical companies can use to see if their therapeutics are working.

“We’re not going head-to-head with this notion of, ‘let’s replace the ophthalmologist’ at the screening centre, it’s particular measurements that require ... more accuracy,” Mr Oakley says.

The software is currently only approved for research use. Voxeleron is working towards FDA approval as a clinical prognostic tool but the timeline for this is under wraps for now.

Still, the group’s initial focus on the research market, which sees it sell the Orion software to pharma companies to help guide drug development, has enabled Voxeleron to tap an early source of cash – precisely what has eluded Deepmind.

Currently the system can track, for example, how effectively a patient’s anti-VEGF therapy is treating their age-related macular degeneration, by measuring volumetric change in the pocket of fluid between the retinal pigment epithelium and the retina itself. The company is also working on AI-based prognosis in AMD and glaucoma that predict the likelihood and speed of disease progression

“For open-angle glaucoma, you’re measuring things like the retinal nerve fibre layer and you want to know, is that atrophying and if so at what rate?” Mr Oakley says. “If you’re 80 and your change is quite slow then you’re fine, you don’t need any sort of surgical intervention. But, if you’re 40 and your retinal nerve fibre layer is thinning, you probably need some intervention because by the time you’re 60 you might have lost your eyesight.” 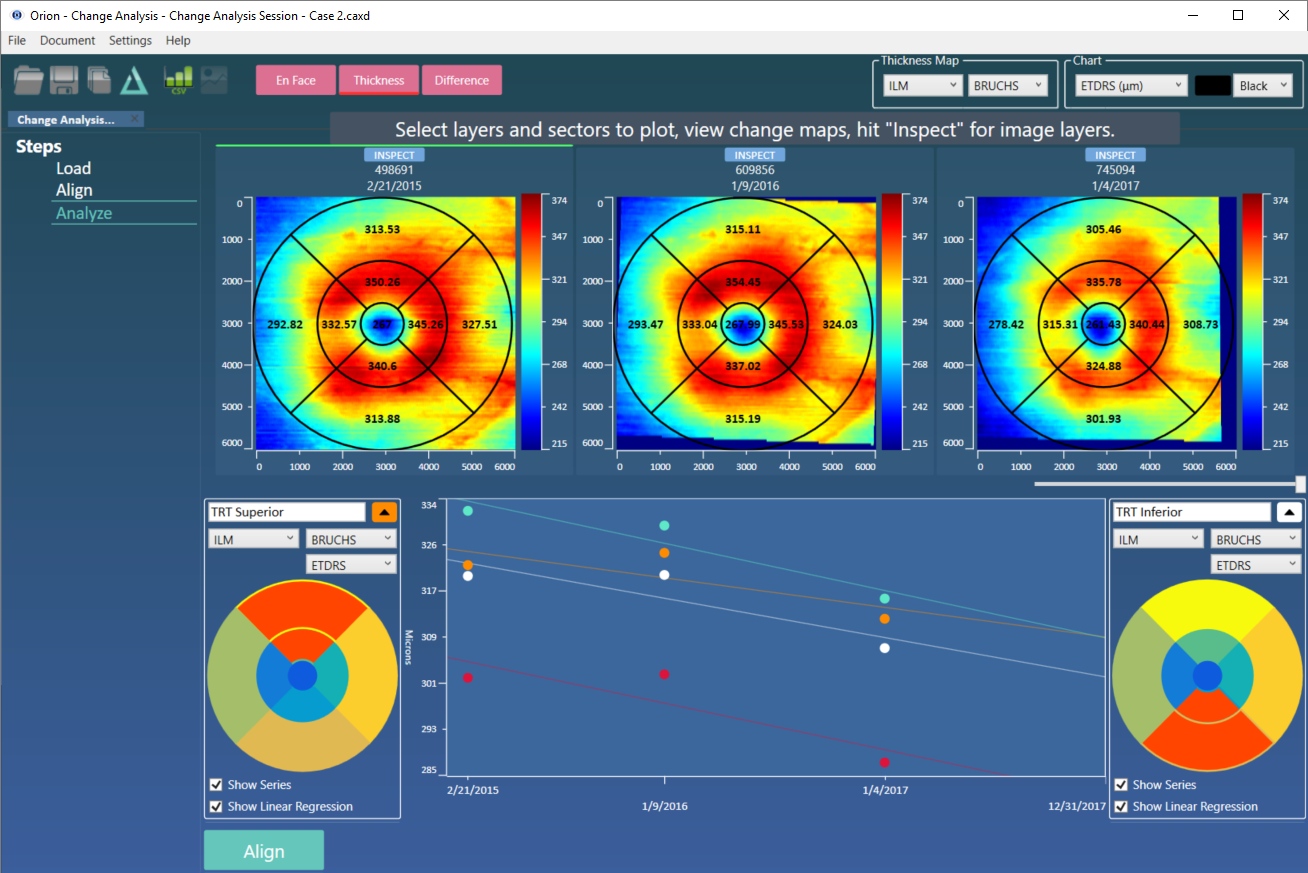 The prognostic uses of Orion will take time to gain FDA approval and come to market. But the same is true of Deepmind’s technology. Indeed, Deepmind might have to conduct more testing and validation than Voxeleron to satisfy the FDA, since its technology does not use established approaches at all.

“Deep learning is somewhat overhyped; there are still metrics that you need to use clinically that you can do without deep learning,” Mr Oakey says. “If you have a hammer, every problem’s a nail. There’s a bit more subtlety to it than that.”

As to whether the two systems will go head-to-head, this depends on “what Alphabet’s intent is for the Deepmind algorithm – whether they want to see it monetised in a wide clinical market like the US”, Mr Oakley says.

It remains a possibility that Alphabet, the parent company of both Deepmind and Google, will use Deepmind’s analytical data as a showcase for its AI capabilities in other areas rather than a money-spinner in itself. Google itself has a number of other AI projects – data released on Monday showed that one of its deep learning algorithms was able to differentiate between two lung cancer subtypes with 97% accuracy, for example – and its commercial intentions here are no clearer.

This space is the subject of a great deal of excitement and it will take time to separate the hype from the facts. It seems clear that, while Deepmind is throwing Alphabet’s not inconsiderable resources at AI, Voxeleron is having success using more established, and potentially cheaper, techniques.

Until the value – and costs – of AI become clear, Voxeleron has a steady if unglamorous business model. Which is more than can be said for Deepmind.

Pacbio is in it for the long run

Thrive emerges with cash, a cancer blood test, and a plan