Boehringer Ingelheim buys NBE-Therapeutics, the second Ror1-focused player to be taken out in just over a month.

You wait ages for a new immuno-oncology target to deliver a deal, and then two come at once. Barely a month after Merck & Co handed over $2.8bn for Velosbio, the latter’s competitor, NBE-Therapeutics, has been snapped up by Boehringer Ingelheim for up to $1.5bn.

Both target companies are private, and are focused on developing antibody-drug conjugates against Ror1, a protein thought to be expressed on several tumour types. The moves are highly relevant for a publicly listed group, Oncternal, which is separately developing a naked antibody against Ror1, and whose stock has risen fourfold since Velosbio was bought.

However, while Velosbio and Oncternal both presented early clinical data at the recent Ash conference, Boehringer has pulled the takeover trigger without seeing any clinical results. NBE’s anti-Ror1 ADC, NBE-002, only entered a first-in-human study at the end of October, in triple-negative breast and other cancers.

Given that Boehringer is therefore making a bet on preclinical data it would be logical to expect much of the €1.2bn ($1.5bn) acquisition price to be dependent on future clinical success, but the split is not being revealed for now.

NBE has led a quiet existence since being founded in 2012. After surviving its first few years on grant funding it then raised three rounds of venture financing totalling $70m, with Novo’s venture arm providing half of a $22m series B raise in 2018; Boehringer was also an early investor.

If there was a clinical element that drove Boehringer to pull the M&A trigger this would have been results at Ash that Velosbio presented with VLS-101. These showed a 55% overall remission rate among 20 heavily pretreated lymphoma subjects, with a surprisingly clean safety profile. 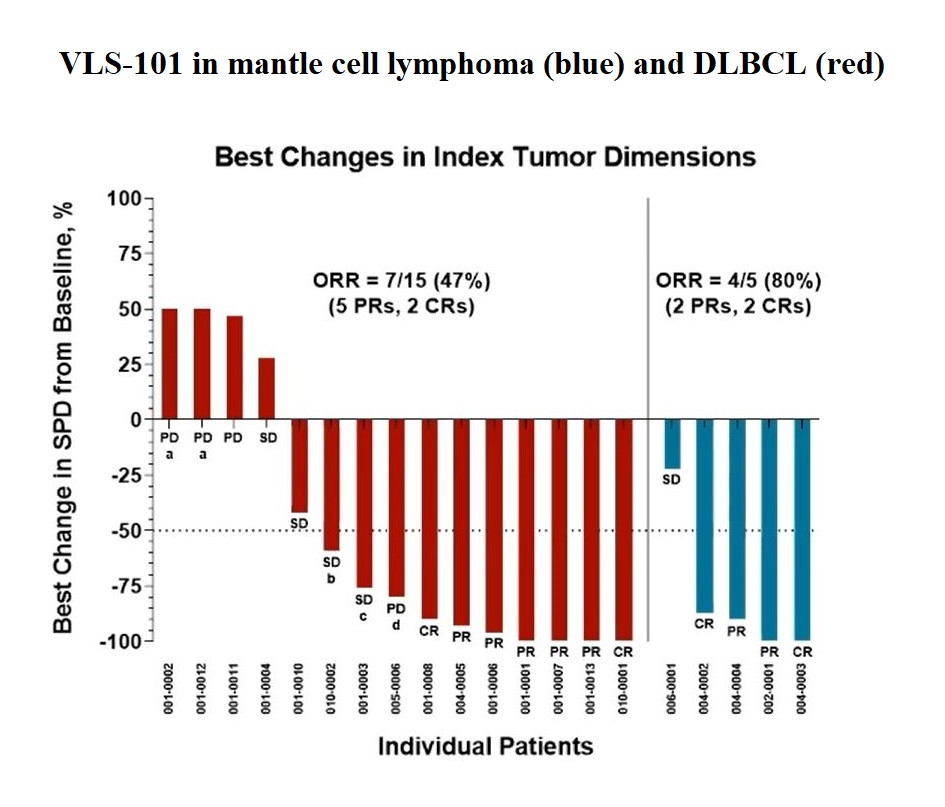 For its part Oncternal had two Ash posters on cirmtuzumab, one of which showed ORRs of 87% in 15 mantle cell lymphoma patients and 92% in 49 chronic lymphoblastic leukaemia subjects – the big difference being that this was in combination with Imbruvica, while the Velosbio data concerned VLS-101 monotherapy.

How they are connected

There is an interesting connection: Dave Johnson, Velosbio’s chief executive at the time of the buyout by Merck, had earlier chaired Oncternal, and carved out for Velosbio rights to develop Ror1-targteing drugs in ADC and bispecific modalities.

Boehringer is usually associated with respiratory drugs, but it should be stressed that it has been building up an oncology presence too. It is working in house on an anti-PD-1 MAb, for instance, while business development activities have targeted hot areas like the CD47/Sirp-alpha, via a 2018 deal with OSE Immunotherapeutics.

The surprising thing about Ror1 is that work on targeting it has gone on for years without any notable victories, until now, perhaps. Bristol Myers Squibb inherited Juno’s anti-Ror1 Car-T project JCAR024 but has not made significant progress, while Aptevo and Macrogenics appear to have abandoned bispecifics against Ror1.

A separate Ror1-targeting ADC, however, Legochem's LCB71, was quietly licensed to Cstone for just $10m in October. If the secret to hitting Ros1 effectively is the ADC modality then Boehringer just took out the second of three small players in the space.

Merck opens its mind to epigenetics with Imago buy