Why molnupiravir could still work for Merck

A narrow squeak through its adcom yesterday means Merck and Ridgeback’s Covid-19 pill molnupiravir is odds-on for US authorisation. Uptake is another question. The drop in efficacy from 50% at interim to just 30% at the final readout might render the drug a distant second, in terms of demand, to Pfizer’s far more effective-looking Paxlovid. Indeed, data presented yesterday showed that among patients assessed between the interim and final analysis, those given molnupiravir were more likely to suffer hospitalisation or death than those given placebo. As worrying as the sharp decline in efficacy was the inability of Merck scientists' to explain it, with one researcher telling the panel he did not have “a satisfying answer” to this question. Neither will the discussion of molnupiravir’s potential side effects have done Merck any favours. Embryo foetal toxicity seen in animal studies means the FDA could refuse to approve the pill for use in pregnancy, or at least recommend against its use. But there is one reason to expect molnupiravir, if authorised, to ramp acceptable initial sales: the US Government has already committed to spending $2.2bn on the pill by early 2022. 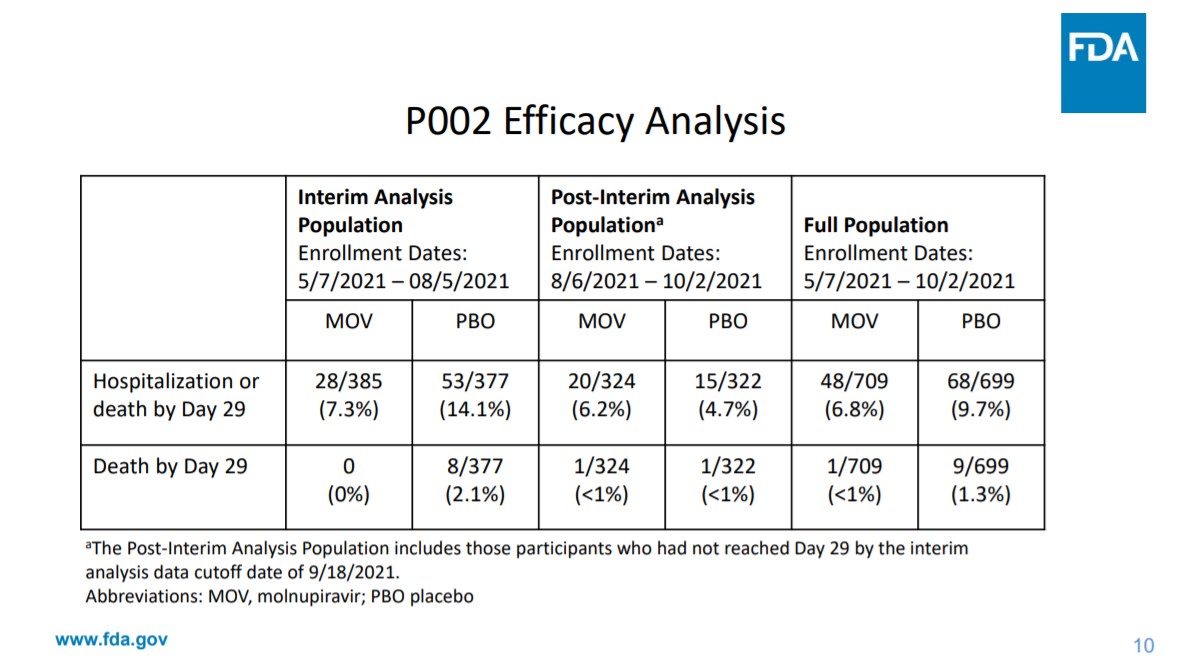 US backs another Covid-19 booster