Another mixed avacopan result raises the risks for Chemocentryx

The Accolade study, testing avacopan in C3 glomerulopathy, is strictly speaking a failure, but Chemocentryx still hopes to find a way forward. The primary endpoint was a biopsy-assessed disease activity score; despite beating the targeted ~35% delta vs placebo, wide variability in patients’ responses nixed any statistical difference. Secondary endpoints, including those measuring kidney function and which regulators might consider equally important, were successful, though can only be considered exploratory. No other agent has improved kidney function in C3G, according to Chemocentryx, and considering the progressive nature of the disease, which can lead to renal failure, these data will certainly get regulators’ attention. That nothing is specifically approved to treat the very rare condition also goes in avacopan’s favour. Whether these data prove that avacopan is active in C3G is less clear, and regulators will surely want to see data from an ongoing extension study, under which placebo patients were switched onto avacopan. Until the FDA’s thoughts are known the jury is likely to remain out on avacopan in C3G, and the uncertainty is not helped by similarly mixed data in hidradenitis suppurativa. Approval in a third setting, ANCA vasculitis, which could come by July, would remove some doubt. 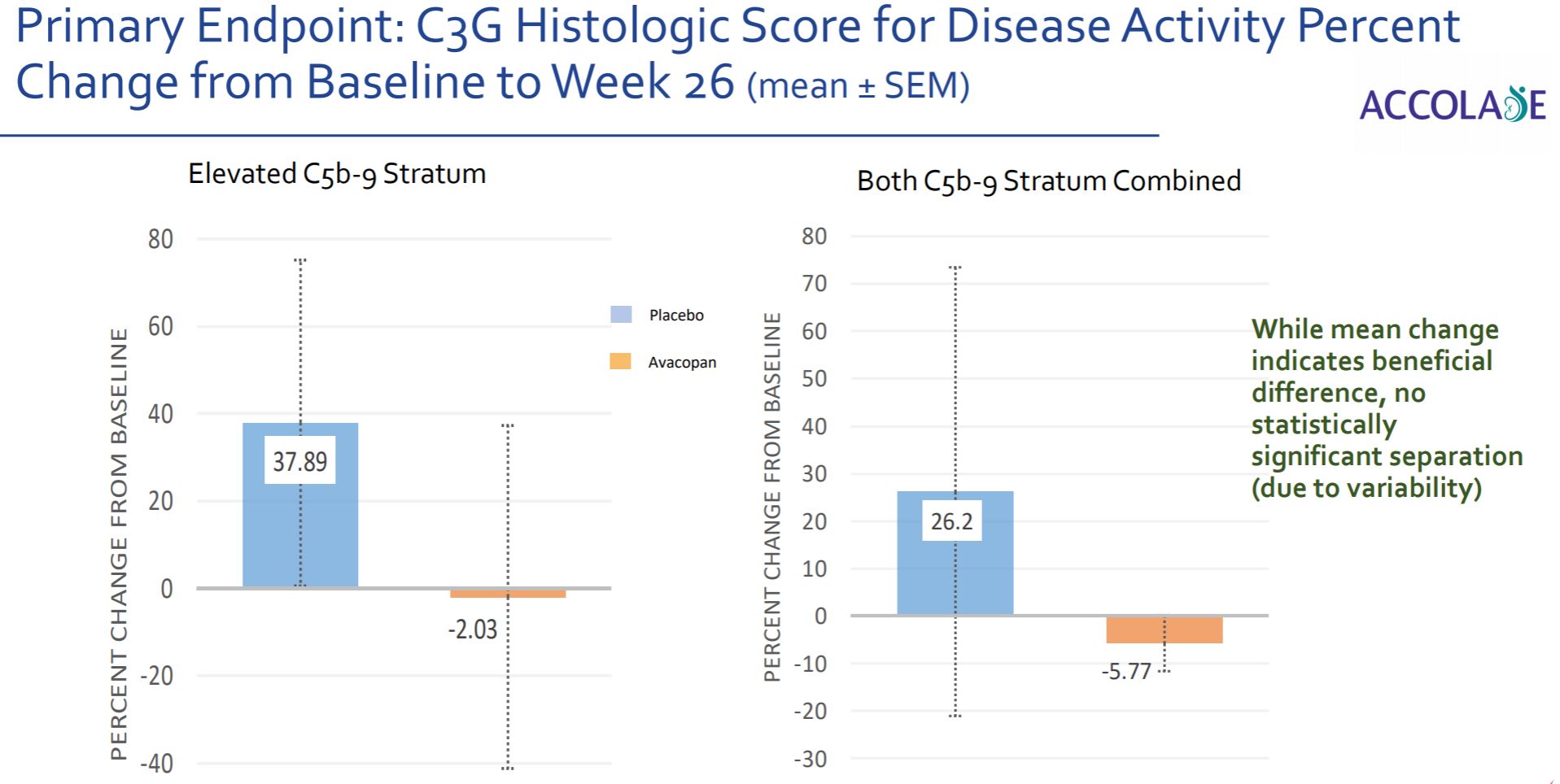 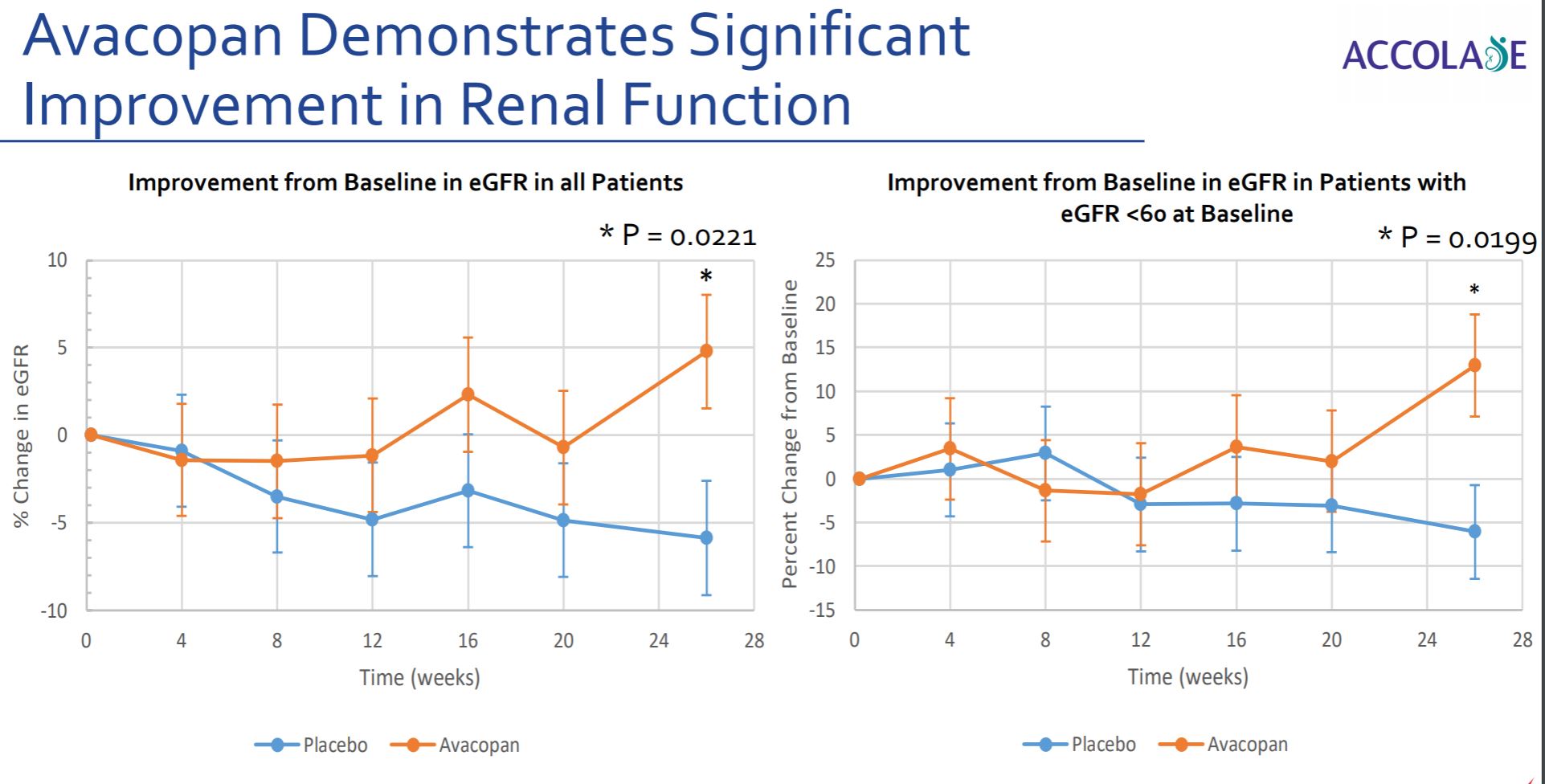