Armed with data, Calliditas heads to the US

Calliditas’s trial hit with its lead asset, Nefecon, sets the Swedish biotech on the road to its first US approval. Nefecon met both goals in the first part of the phase III Nefigard study in IgA nephropathy, a rare form of chronic kidney disease. An accelerated approval filing in the US is expected early next year, and Calliditas will take on the US market itself; a well-timed Nasdaq float in June, raising $90m, will help. In Europe Calliditas is looking for a partner, while Everest Medicines is on board in China and Singapore. Nefecon is an oral formulation of the steroid budesonide, and its encapsulation is said to allow targeted release. Currently, systemic steroids are often used off-label in IgA nephropathy, but come with side effects such as high blood pressure, weight gain and infection. Details on safety in Nefigard are scant, but withdrawal numbers were said to be significantly lower than in the phase IIb study of Nefecon, which saw discontinuation rates of around 22%, according to Stifel analysts. The second part of the Nefigard study is designed to be used for full approval, with data likely late next year. Calliditas's stock climbed 30% today. 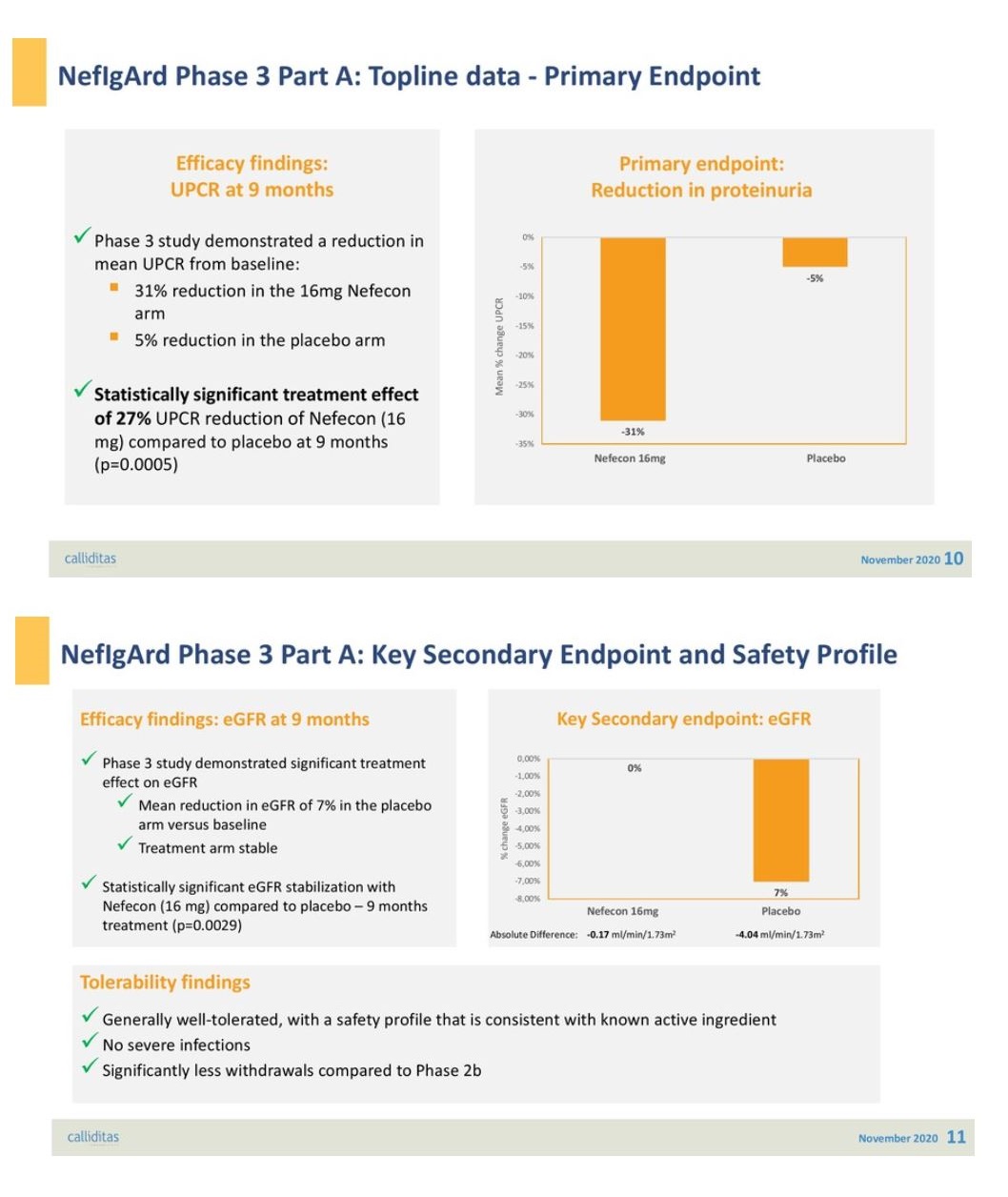