Gilead’s $375m tie-up with Arcus last week put the spotlight back on anti-Tigit antibodies, where Roche’s tiragolumab looks to be in the lead. Roche’s updated Asco presentation over the weekend of tiragolumab’s Cityscape trial in first-line NSCLC thus generated interest, though perhaps of even greater relevance were the Swiss firm’s plans for tiragolumab. When Cityscape’s abstract dropped the efficacy of the Tecentriq monotherapy comparator arm looked low, but at Asco Roche stressed that this concerned 5.9 months’ median follow-up; at 10.9 months the remission rate goes up in the tiragolumab combo and monotherapy arms alike, because numerous unconfirmed remissions have by then been confirmed. The efficacy is especially striking in ≥50% PD-L1 expressers, though a 24% response rate for Tecentriq monotherapy in this group still underperforms the 29% seen in the Impower-110 trial. Roche accepted that Tigit blockade offered little hope as monotherapy, but presented mechanistic data suggesting a role for the mechanism as a key element of an anti-PD-(L)1 combo. However, its Tigit combo also lacks efficacy in low PD-L1 expressers, clouding the commercial opportunity. An NSCLC cohort from tiragolumab’s phase I solid tumour trial will feature at an AACR meeting plenary session on June 23. 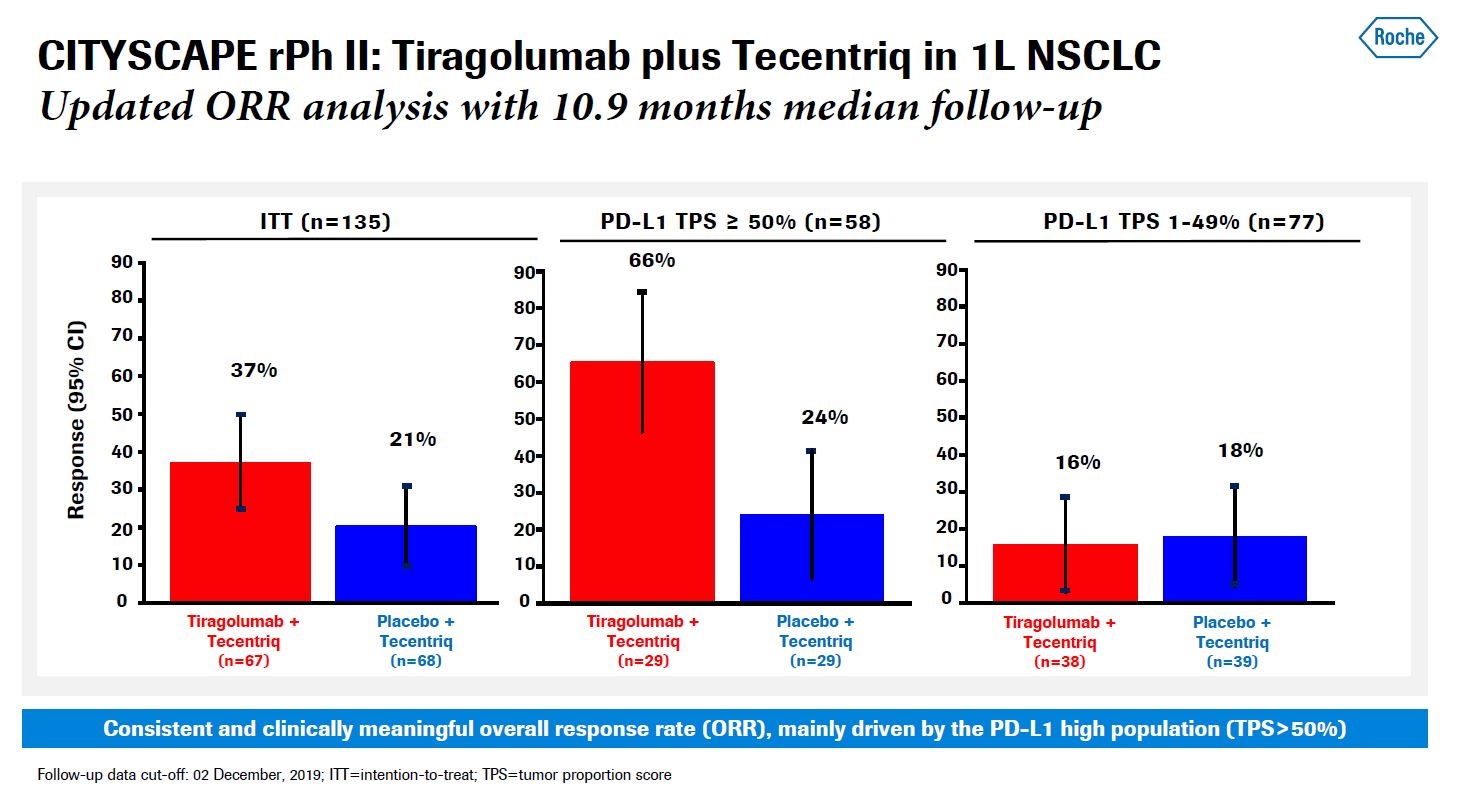 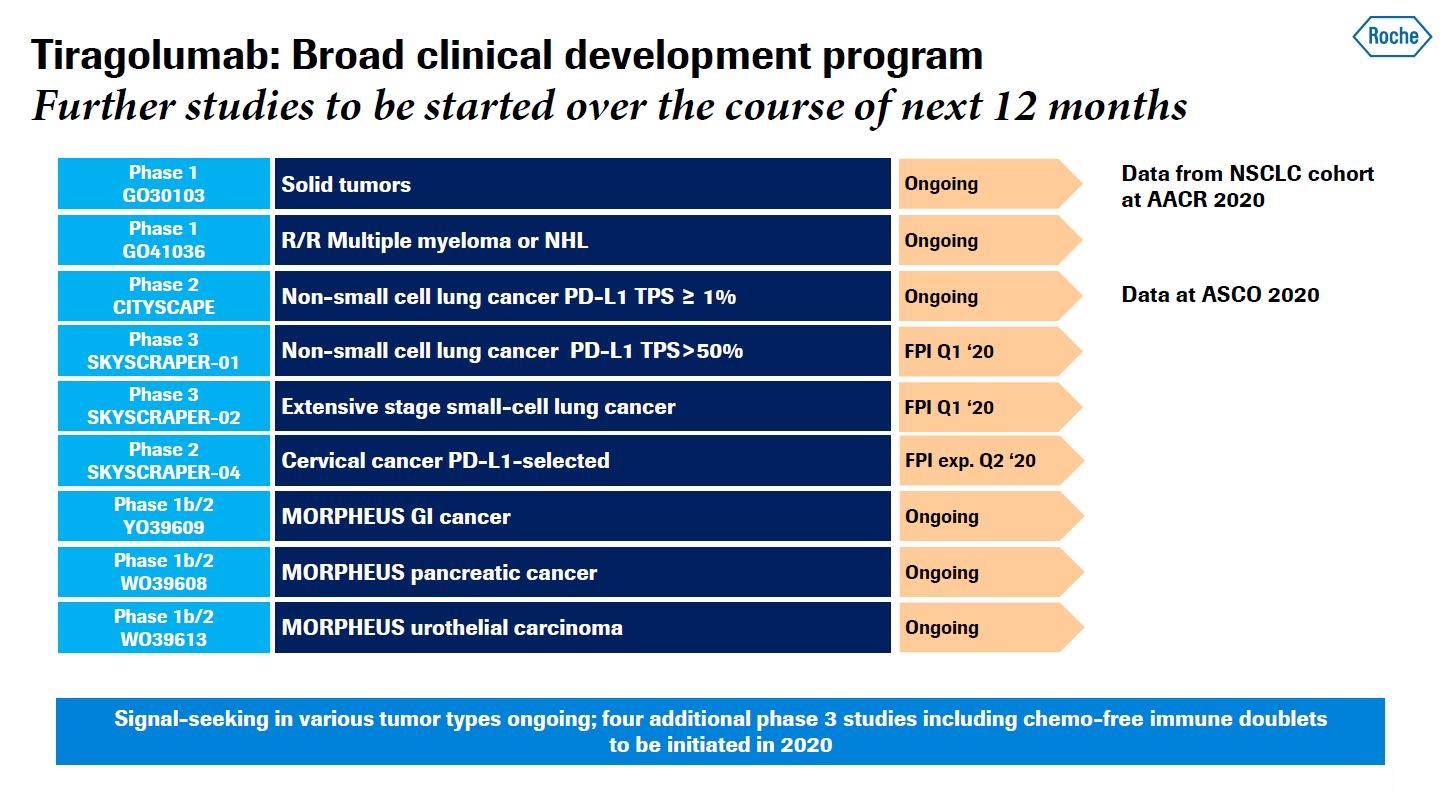