Astrazeneca today confirmed a substantial delay for the US filing of its Covid-19 vaccine, saying this would be made "within weeks". The first half of April had been the initial target. Astra's chief executive, Pascal Soriot, denied that there were problems, saying it was simply taking time to gather the huge package, which will encompass ex-US trials and real-world data. Speaking on a media call, executives said AZD1222 would be travelling down an emergency use authorisation route, although they will submit a full BLA if required. Given that the US has few vaccine supply problems, this longer path cannot be ruled out. This questions the logic of pursuing US approval in the first place, but the importance of the FDA’s validation can probably not be overstated in the wake of concerns over lack of safety and controversial data disclosures. In a robust defence of Astra’s vaccine programme, Mr Soriot said “we don’t regret anything”, and denied over-promising on the quantities that could be delivered. The vaccine is still in high demand, he told reporters. “Everywhere, countries have told us they still want the totality of what they ordered, and they want it delivered even faster.” 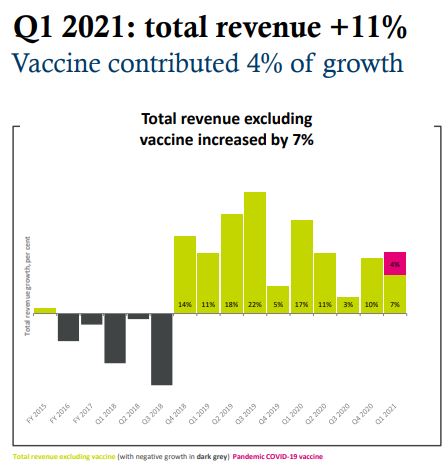 Another step forward for Biontech and Pfizer’s Covid-19 vaccine

Tanezumab pain only deepens for Pfizer and Lilly