The data are early but that did not stop investors piling into Curis this week, supporting a fundraising and boosting the stock more than fivefold. CA-4948, a IRAK4-inhibitor, generated impressive single-agent activity in six patients with relapsed AML/MDS, with two achieving a complete bone marrow response. Tumour reductions were also reported in six of seven heavily pre-treated lymphoma patients, with a “durable and tolerable” profile emerging, Curis said. The phase I AML/MDS study is ongoing, but in lymphoma the new funds will pay for an Imbruvica combination trial, the rationale being that CA-4948 acts via the TLR pathway; this runs parallel to the BTK pathway via which Imbruvica works. In another encouraging sign, Curis believes it has identified biomarkers to help select strong responders. Hopes are climbing that after years in the wilderness the group has finally come up with a viable project, although of course CA-4948 has long been in the locker, being the result of 2015 licensing deal with Aurigene. The architects of that deal have long since gone, punished for slow progress, and even after this week’s valuation surge Curis is still only worth half of what it was in the wake of the Aurigene collaboration. 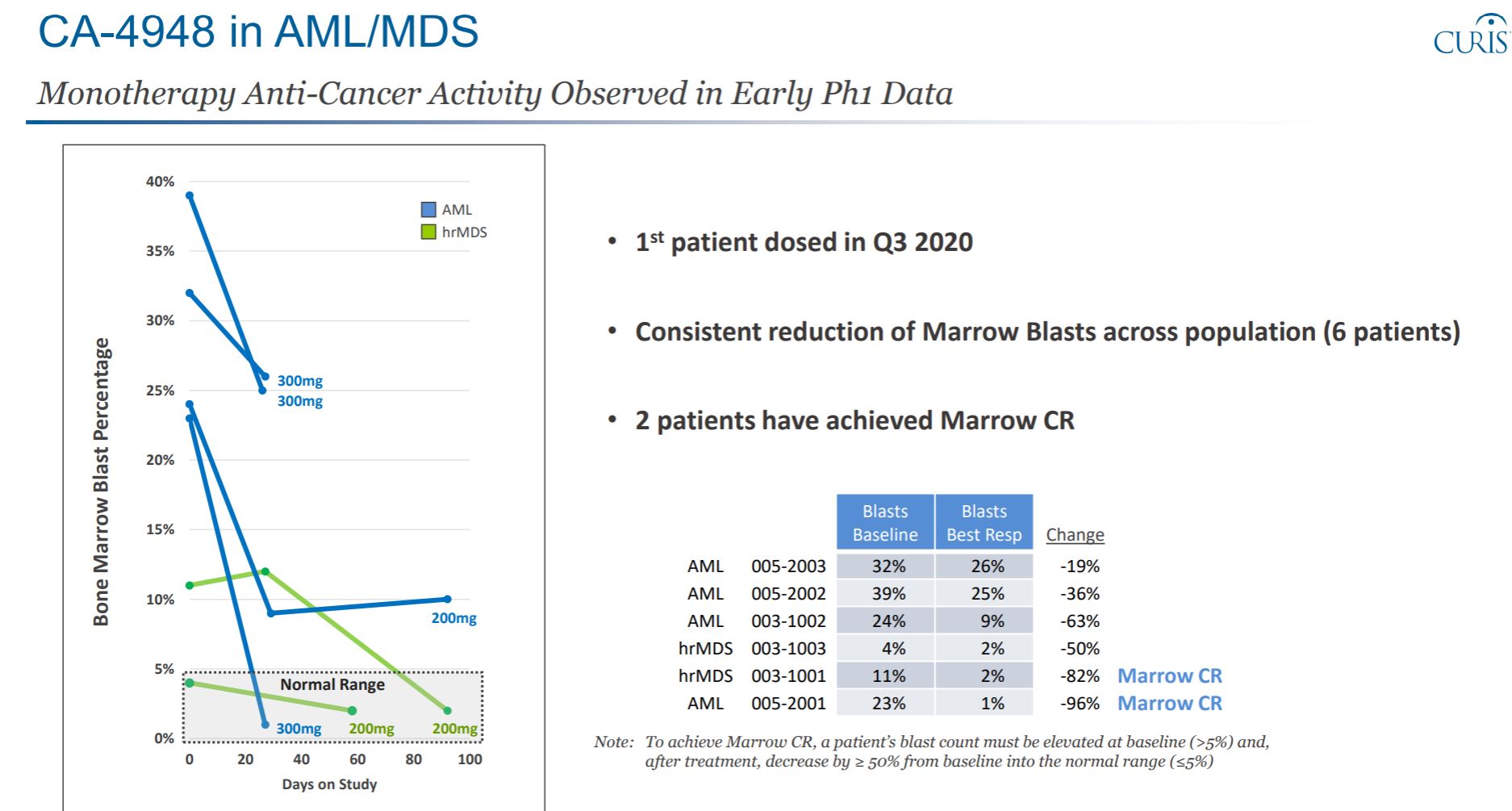 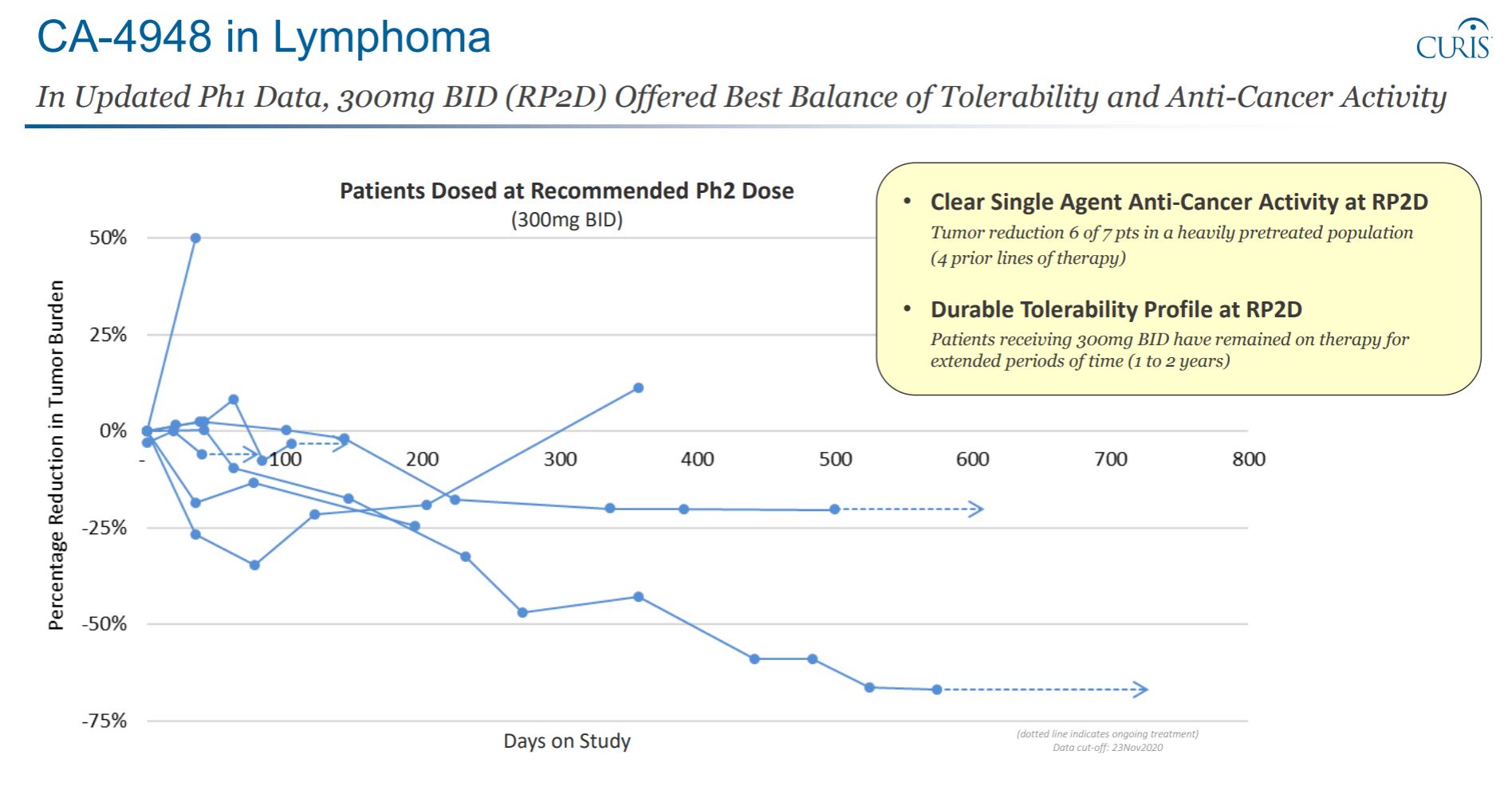