Arrowhead’s valuation has almost tripled since it released data from the first four people treated with ARO-AAT, an RNAi therapeutic being trialled in alpha-1 antitrypsin deficiency (AATD), and is currently closing in on $10bn. A later cut at EASL over the weekend, with results now available in nine subjects, supports hopes around the project, albeit with caveats: all patients recorded declines in mutant AAT protein (Z-AAT) in both the liver and the blood. Encouragingly, improvements in liver fibrosis were also recorded in six of the patients, with no worsening in the other three. ARO-AAT uses RNAi to knock down the liver’s production of Z-AAT, which builds up in the liver and lungs of sufferers; for those with liver manifestations, organ transplant is currently the only cure. This update thus represents notable progress considering Vertex’s recent failure, although it should be remembered that that as well as involving very small numbers the Arrowhead study was open label and had no control arm. Plans for a pivotal trial are awaited – the project is partnered with Takeda – as well as competitor data from Dicerna, which is due to release phase 1 data on its RNAi asset belcesiran (DCR-A1AT) any day now. 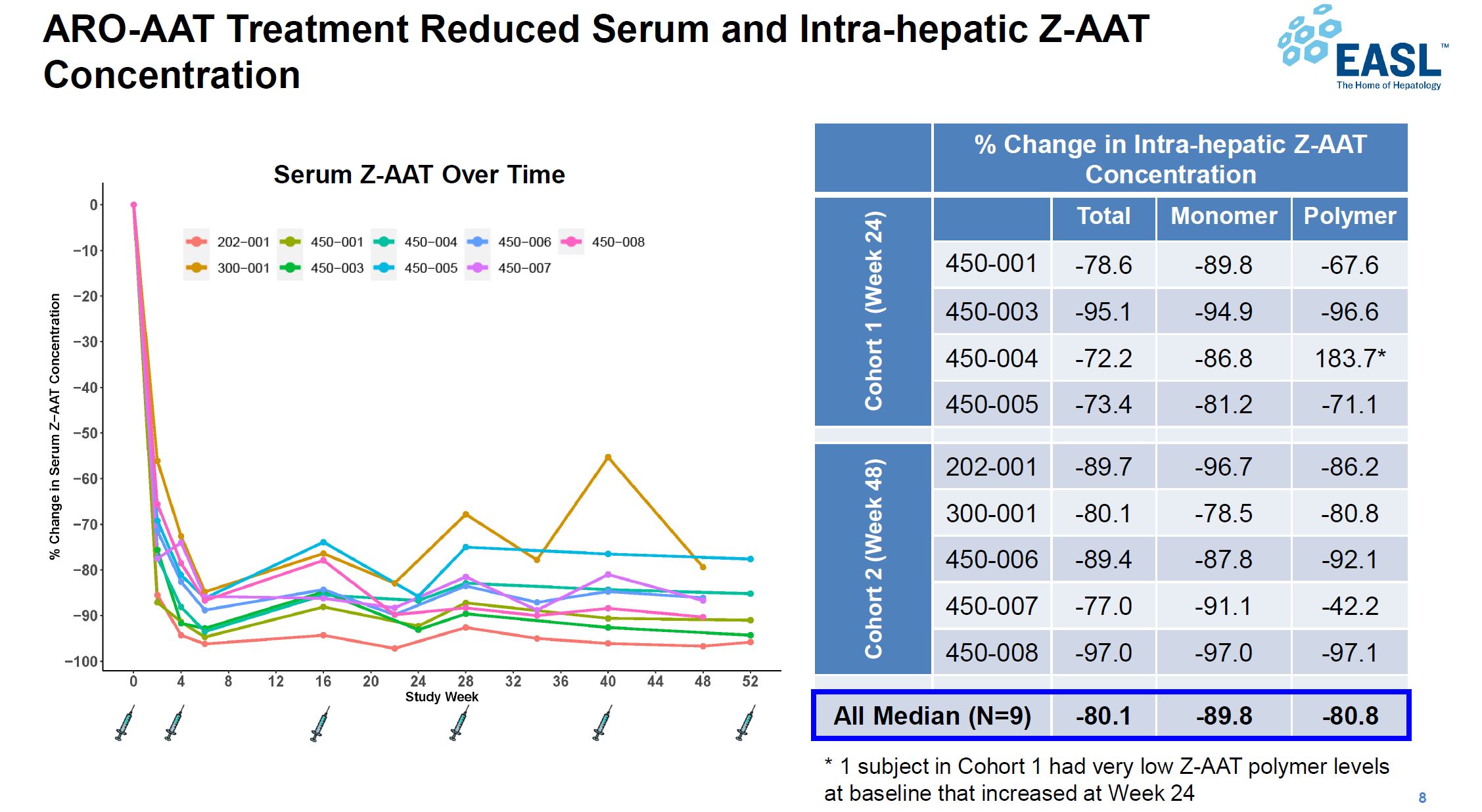 Dicerna confirms beclesiran as one to watch

Arrowhead gets a $1.4bn boost from flattering data

Vir bids to enter the hepatitis B race