Yesterday heard Lynparza’s controversial prostate cancer study, Profound, politely savaged by the Karolinska Institute’s Professor Henrik Grönberg at Esmo. Today comes the European Medicine Agency’s thoughts on the Parp inhibitor in this setting, where sense finally seems to have prevailed. In May the US FDA granted the Parp inhibitor a surprisingly broad label, covering any homologous recombination repair (HRR) gene mutation. This was despite Profound finding very little evidence of efficacy beyond BRCA1/2 mutations; Professor Grönberg said he would be unlikely to use Lynparza outside these carriers. His verdict was based on the final overall survival analysis from Profound, presented yesterday, which makes the FDA's decision very hard to understand. Further troubling Professor Grönberg was a serious flaw in Profound's design, which has previously provoked criticism – the fact that the control arm received ineffective treatment. On top of ethical considerations – "Never forget that we treat real patients," he implored – this has a bearing on how to interpret the OS finding, which is further complicated by substantial crossover into the active arm, he said. The EU regulator seems to agree: approval in Europe looks like being restricted to BRCA1/2 mutations only. 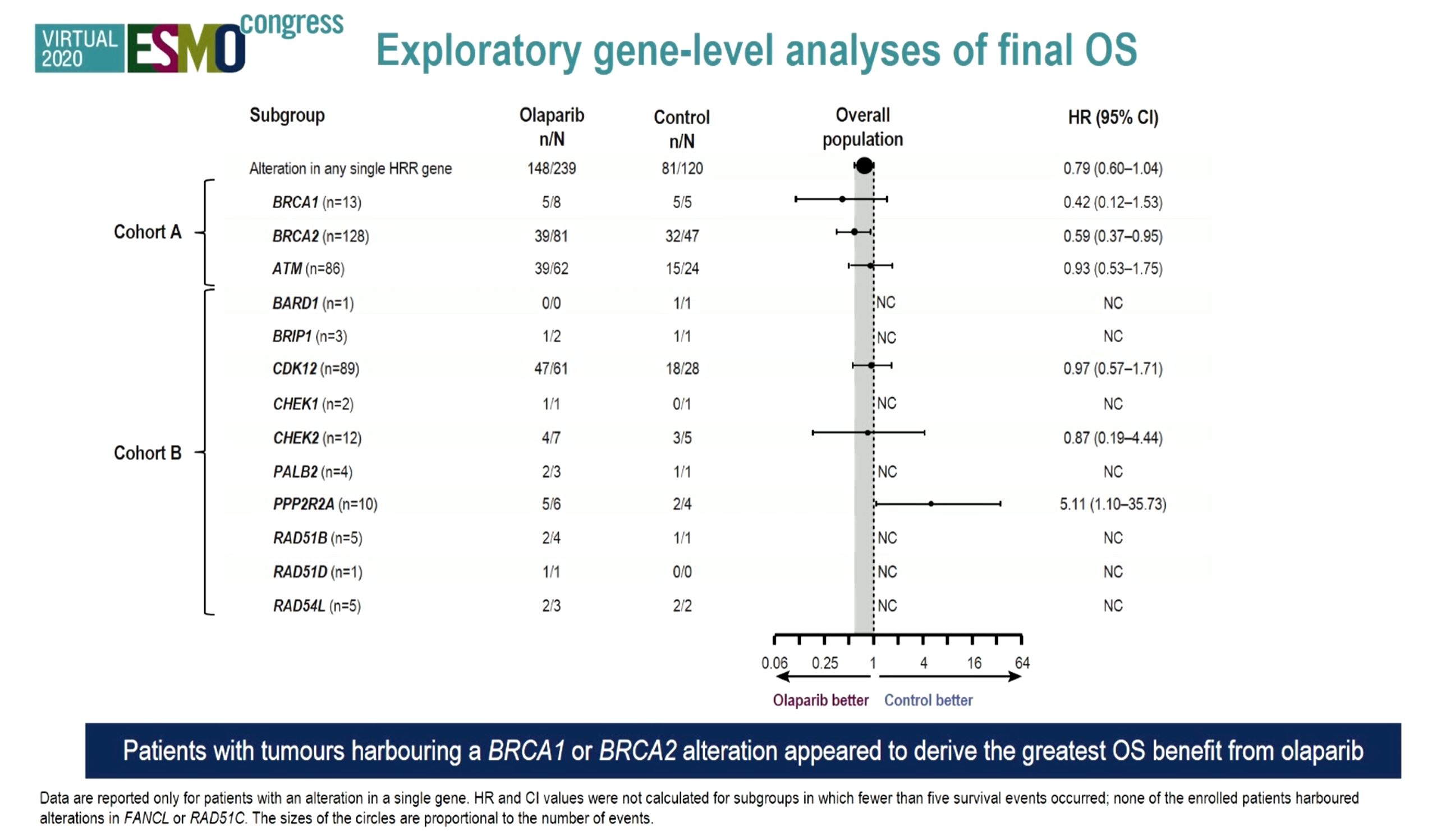 A rare pancreatic cancer success, courtesy of a resurgent Lynparza