Early results with the second of Mersana Therapeutics’ antibody-drug conjugates to enter the clinic lifted the company’s stock 69% yesterday; despite the data coming from only a handful of patients they are apparently strong enough to justify a $700m uplift in valuation. XMT-1536 is an ADC directed at NaPi2b, which is expressed in a high proportion of certain lung and ovarian cancers. Mersana is recruiting subjects with both of these tumour types into a phase I study. Data in 20 patients with heavily pretreated platinum-resistant ovarian cancer were disclosed, XMT-1536 achieving a 35% remission rate, including two confirmed complete responses and five partial responses. More data are needed in NSCLC, the company said, with little activity seen in seven patients. While this is encouraging, long-term durability of responses remains an important unknown; Roche abandoned an NaPi2b-targeted ADC, RG7599, a couple of years ago after this failed to help patients for long, despite bestowing a similar ORR. Still, after Mersana scrapped a Her2-targeted ADC last year these results appear to have given it a second chance, and the company wasted no time raising money, announcing an equity offering this morning that should net around $100m. 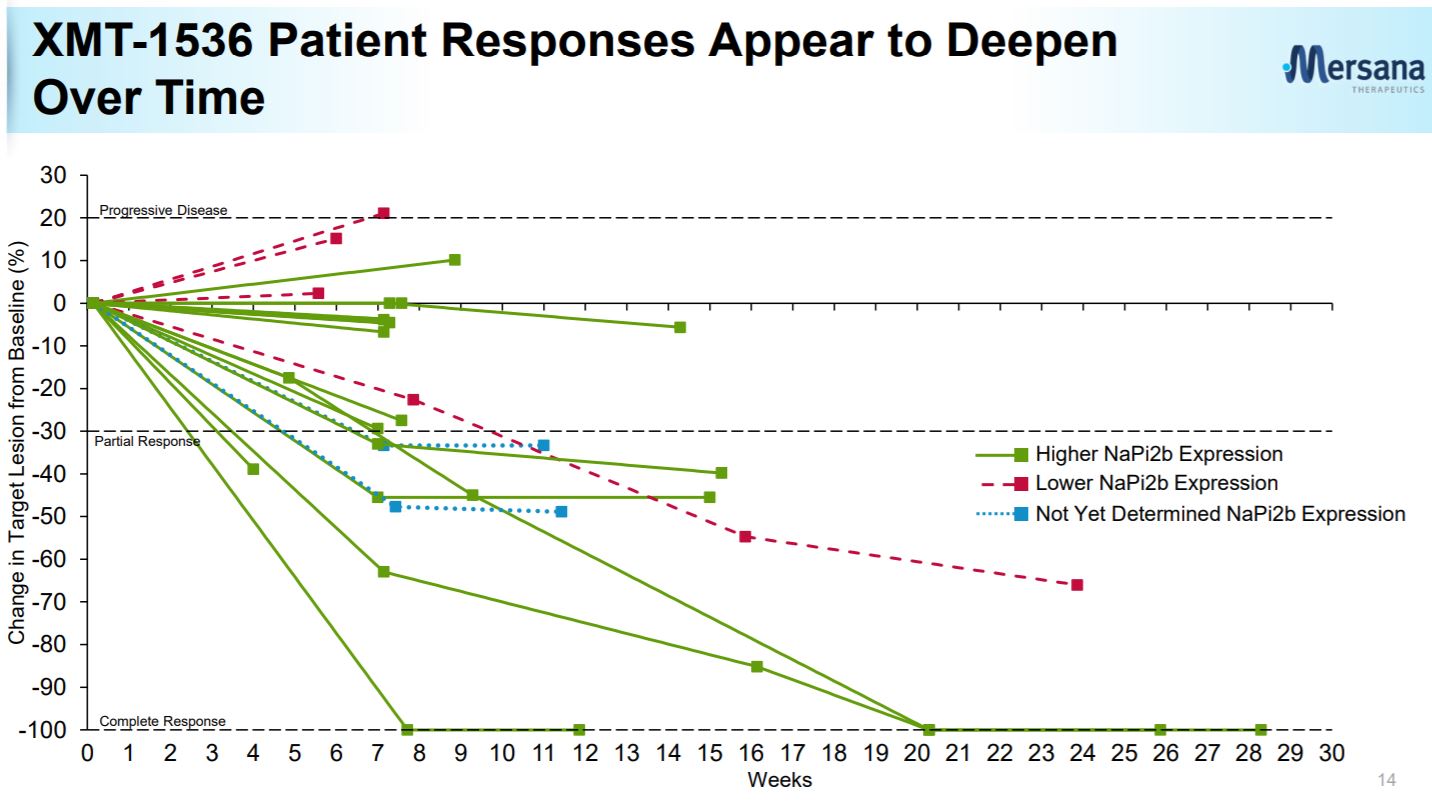 Mersana starts to lose its shine