Mirati moves for an independent future

Stronger than expected response rates with Mirati’s Kras inhibitor adagrasib in colorectal cancer, unveiled at Esmo this weekend, had analysts speculating about accelerated approval. Today executives told investors that FDA talks would be held before year end, though there is still no filing timeline. Mirati believes that data in around 100 patients, in both combination and monotherapy settings, will be required. Another big unveiling today concerned the first look at phase 2 lung cancer data, and a 43% response rate should please. This puts adagrasib in the same ballpark as Amgen’s Lumakras, which was approved on a 36% ORR; Kras G12C-mutant NSCLC will form Mirati’s first accelerated approval application, before year end. Full presentation of these data remains important, however, including a closer look at safety. The company promised this in early 2022. This means a busy period awaits new chief executive David Meek, a surprise appointment that also emerged today. The former Ipsen boss's mixed track record notwithstanding, some could be disappointed that Mirati is “building up” rather than seeking a sale or partnership, the prospect of which remains the bull case for many investors. With the stock opening 9% higher, those considerations are apparently for another time.

Building for an independent future? Mirati's near term plans 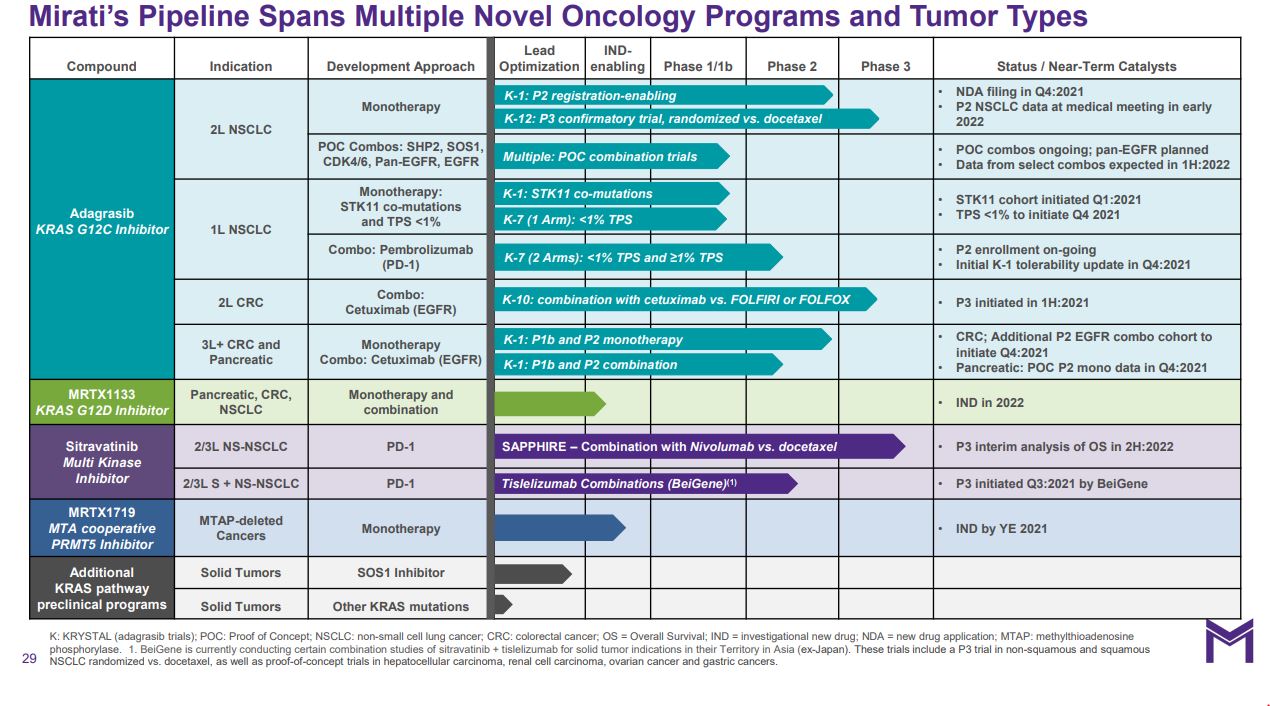 Amgen fails to show or tell with Kras update