A successful mid-stage read out from Momenta’s anti-FcRn project, nipocalimab, confirms that the project is a viable competitor in this closely watched novel mechanism. The Vivacity-MG study compared four different dosing schedules of the antibody against placebo in patients with advanced myasthenia gravis (MG), an IgG-driven autoimmune condition. The primary efficacy endpoint was change on a symptom scale called MG-ADL, and when pooled across the arms the placebo-adjusted response rate came out remarkably close to that achieved by Argenx last month with its leading anti-FcRn project, efgartigimod: 36.5% vs 40% respectively. Safety also looked clean, reassuring given some signals seen in phase I; Momenta shares jumped 15% on the news. Seeking a competitive edge the company hopes to take monthly or longer dosing into phase III trials, which are slated to start later this year. Subcutaneous delivery remains the real goal, however, and both Argenx and Momenta are working on switching to SC from their current IV formulations. One wild card here is Immunovant, which is gearing up to release phase IIa data on its SC project, IMVT-1401, in the coming months. 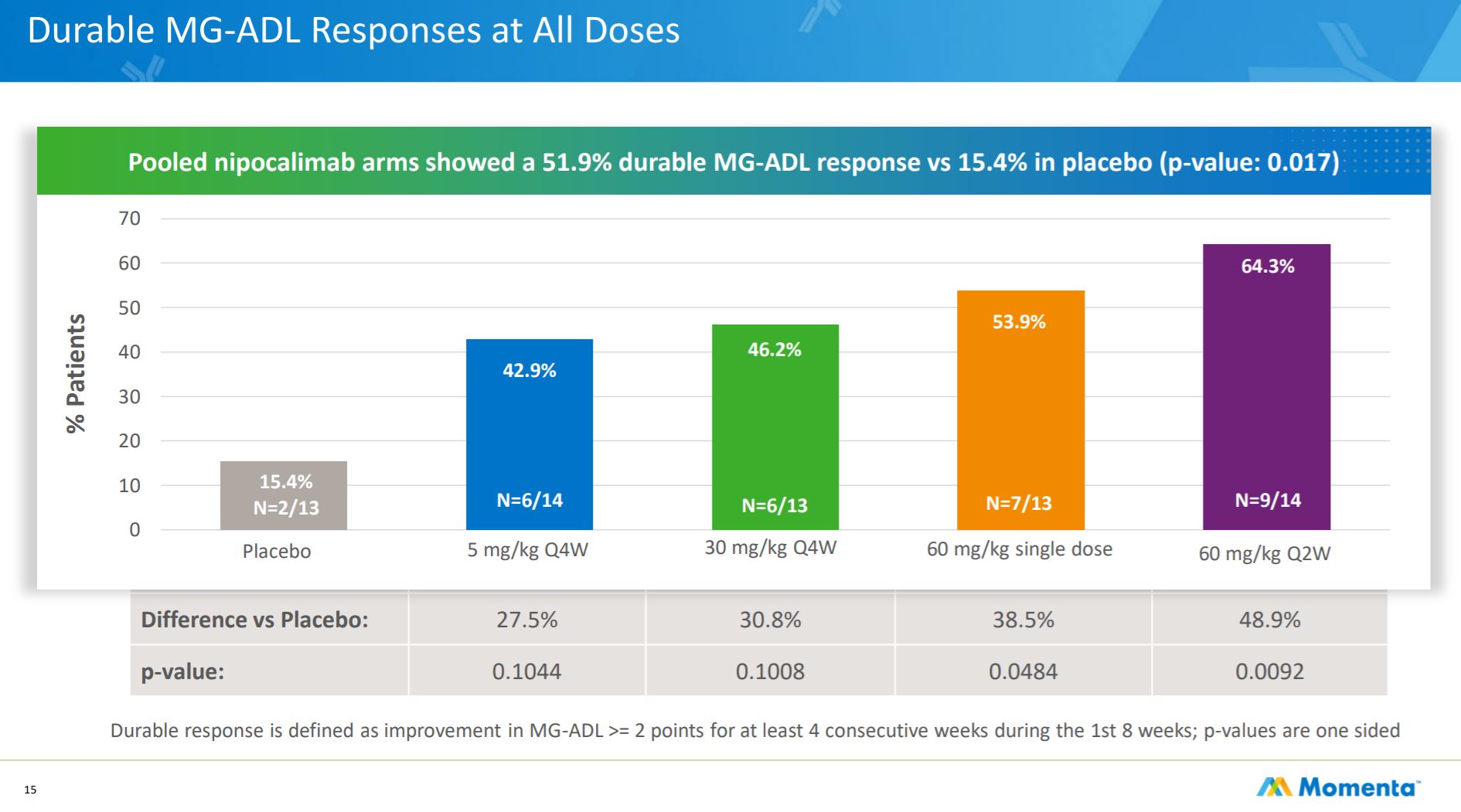 Alexion strengthens its grip on FcRn