Especially virulent variants of the pandemic coronavirus pose a big threat to global vaccination programmes. But evidence is mounting that existing vaccines still work against new circulating strains, and that specifically designed booster shots might be even more useful. A small Moderna study has found that previously vaccinated patients given booster shots went on to produce antibodies capable of fighting off the so-called South Africa and Brazil variants. Levels were higher in those boosted with a tweaked project, mRNA-1273.351, than those given the original jab for a third time; the former was specifically designed to protect against the South Africa variant. Further data from the study are required, but these are an encouraging first glimpse; efforts against variants at Moderna and Pfizer/Biontech are closely watched because mRNA vaccines are relatively easily tweaked. Elsewhere, real-world evidence is emerging that the first wave of vaccines are pretty good at fighting off the variants. The latest study, published in NEJM today, came from Qatar’s vaccination programme with Pfizer/Biontech’s Comirnaty, where the jab provided 75% protection against B.1.351 infection and 97% of severe disease caused by any variant. Other results from work on variants from Gritstone and Curevac, expected imminently, are keenly awaited.

A table from Dr Eric Topol, who has been tracking evidence of vaccine efficacy against variants 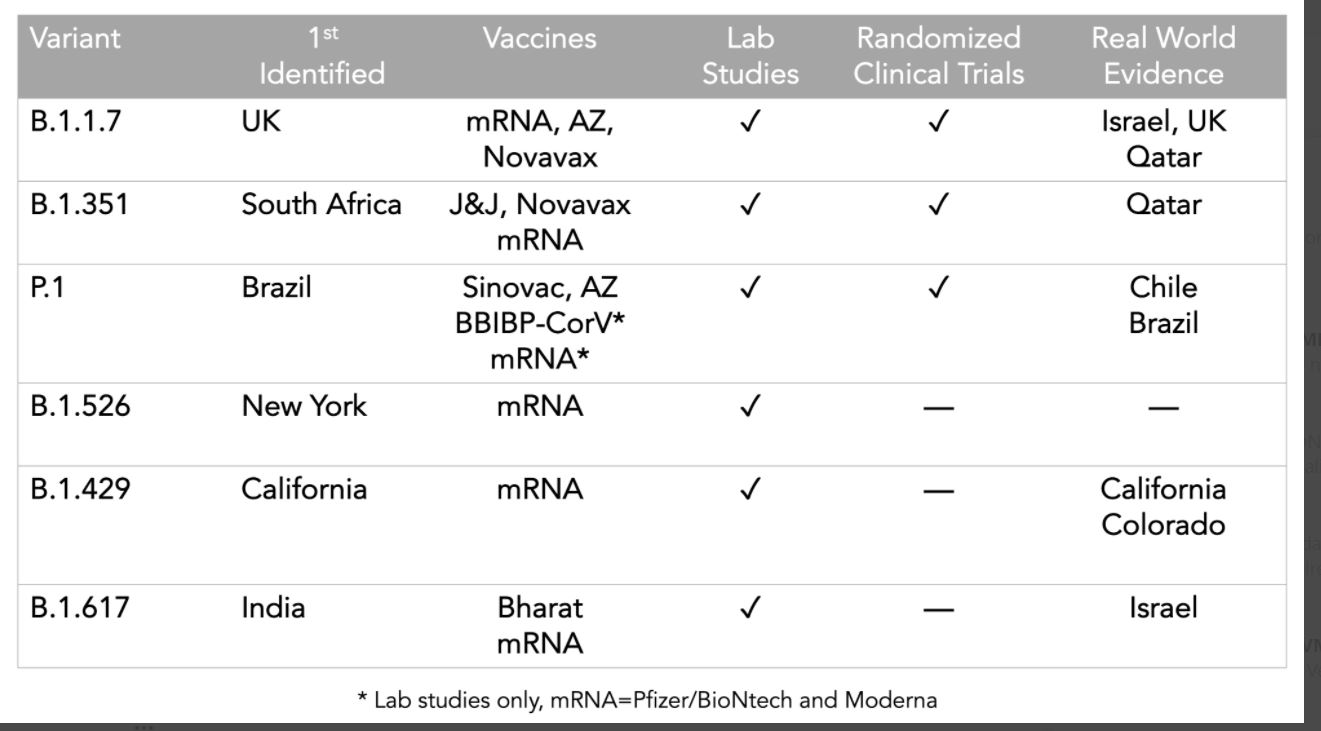 Astrazeneca looks to US data and a next-gen vaccine