No Surface buyout, but Glaxo picks another cancer target

The rumour had gone around in October that Glaxosmithkline was eyeing an acquisition of Surface Oncology, so little wonder that today’s licensing deal between the companies was taken by the markets as a disappointment. There is no takeover, but in return for rights to SRF813 Glaxo is giving Surface $85m up front – a sum not to be sneezed at given that the asset in question has not even entered the clinic. SRF813 is an inhibitor of PVRIG, an inhibitory NK/T-cell receptor also known as CD122R, which negatively regulates immune cell activation. While Surface stock was off 5% this morning Compugen ticked up 4%, and for good reason: Compugen’s COM701 is the industry’s most advanced PVRIG inhibitor, in a phase I/II study in combination with Bristol Myers Squibb’s anti-Tigit MAb BMS-986207 and Opdivo. At June’s AACR meeting Surface presented a preclinical poster, saying this showed SRF813’s ability to hit its target, demonstrating potential in combination with PD-1 blockade, and representing a new therapeutic approach to enhance NK/T-cell activation. Glaxo also sees combinatorial promise for SRF813, specifically with its anti-CD96 and anti-PD1 assets. 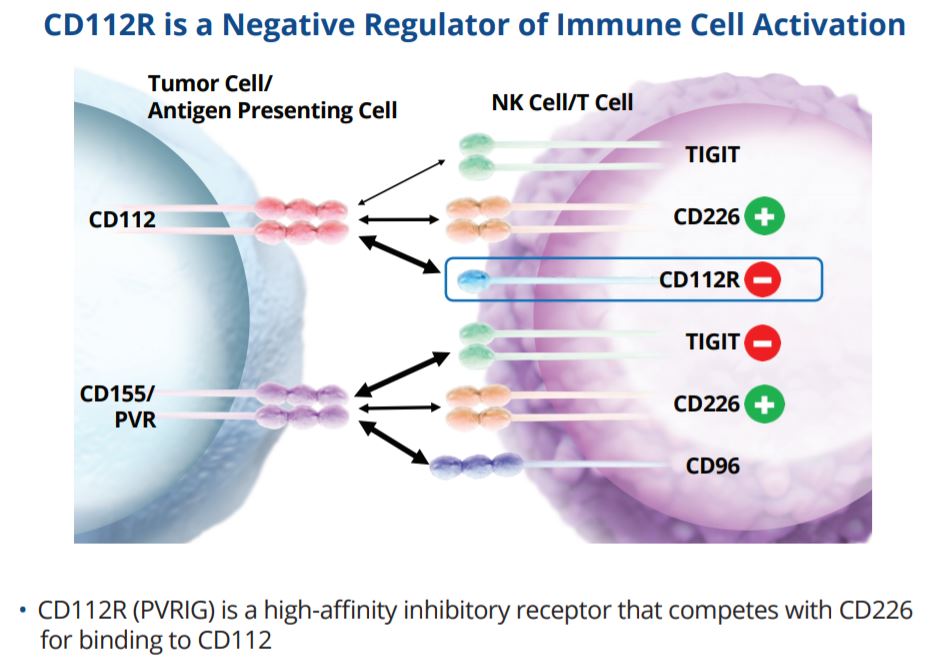 Squelgene does a lopsided swap with Jounce

Springworks sees the way to a small market niche