Novo Nordisk is sticking to its goal of doubling obesity sales by 2025, but impressive results from its two lead projects makes this target look beatable. Results from semaglutide's Step programme and two trials of the amylin receptor agonist AM833 were detailed today, and executives said the data “strengthens their confidence” in the target being hit, but declined to say whether hopes were now higher. Results from a combination trial are particularly strong: 66% of patients who took the highest dose lost more than 15% of their body weight over 20 weeks. Tolerability was similar to semaglutide monotherapy, which as a GLP-1 agonist is largely GI issues. The combination has the potential to offer a noninvasive alternative to bariatric surgery, the company believes, and a pivotal trial is slated to start next year. Semaglutide will be filed at the end of this year. The combination data “raised the bar” for future obesity treatments, Novo said, hence the termination of two pipeline projects, a GG-co-agonist and tri-agonist. The sellside already expects Novo to beat its obesity sales target, suggesting that should this efficacy hold up in phase III, these numbers have the potential to go a lot higher. 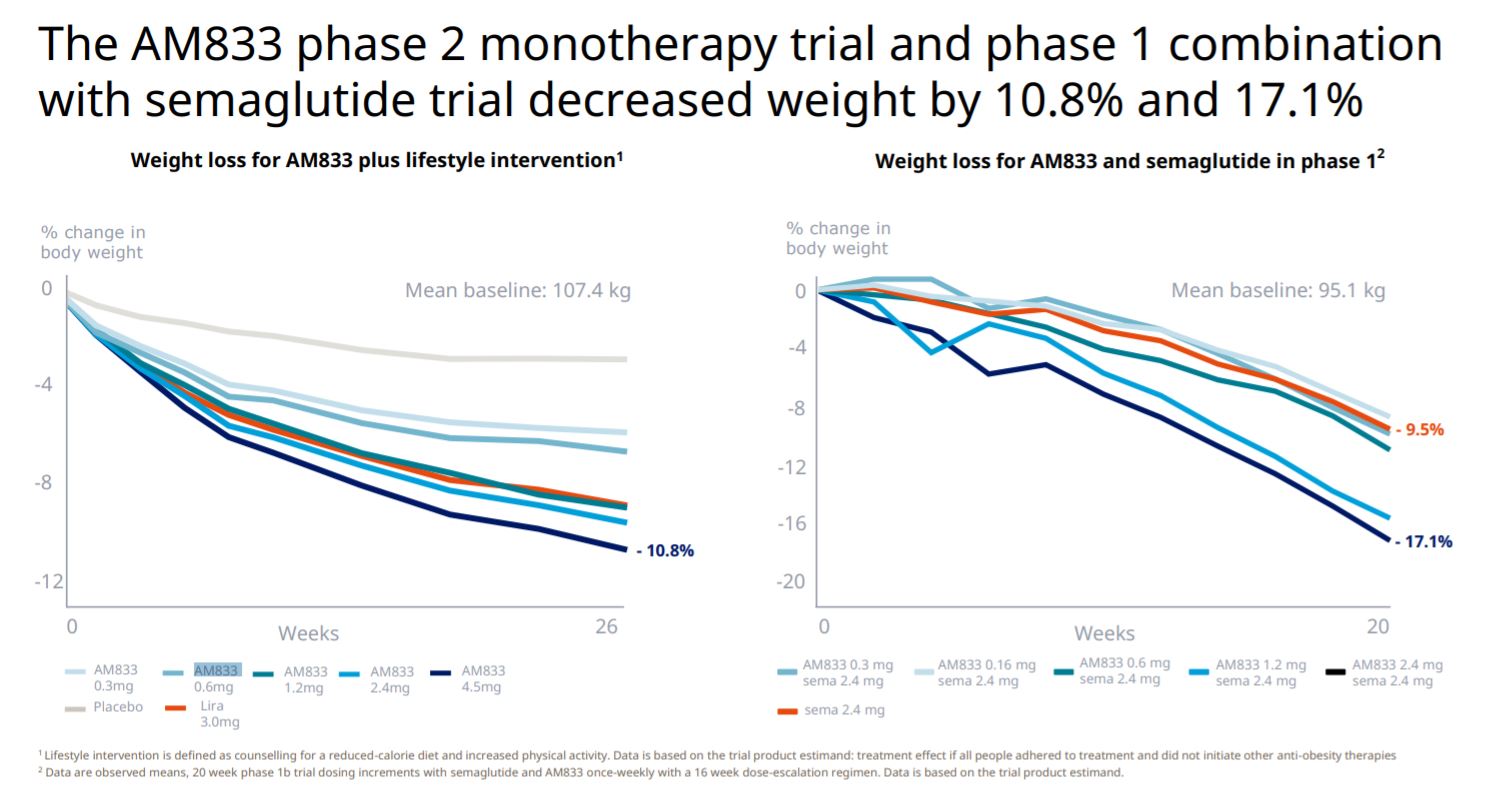 Lilly’s Mounjaro has a mountain to climb

Altimmune slims down on side-effect concerns