Bluebird had largely ruled out the role of its lentivirus in an AML case that has caused Lentiglobin sickle cell trials to be halted, but there was another vital snippet of information in today’s analyst call on the matter. This concerned the possible role of busulfan preconditioning – separately posited as a possible cause of the AML – which now too has apparently been ruled out. On the call, seemingly convened to formalise what the company had controversially told an investor conference two weeks ago, Bluebird’s chief medical officer, Dave Davidson, said vector was present in the AML blasts. This suggested that these cells were not in the patient during preconditioning so, barring a role for residual busulfan, preconditioning was not to blame. This is important for the entire gene therapy field, which frequently uses busulfan with lentiviral gene transfer. Bluebird also said the vector in the AML patient had integrated in the VAMP4 gene, which has no known association with AML. As for a separate MDS case, Bluebird again strongly hinted that this might not have been MDS since no blasts were present. It is not clear when trials might restart, but Bluebird’s business split could be back on. 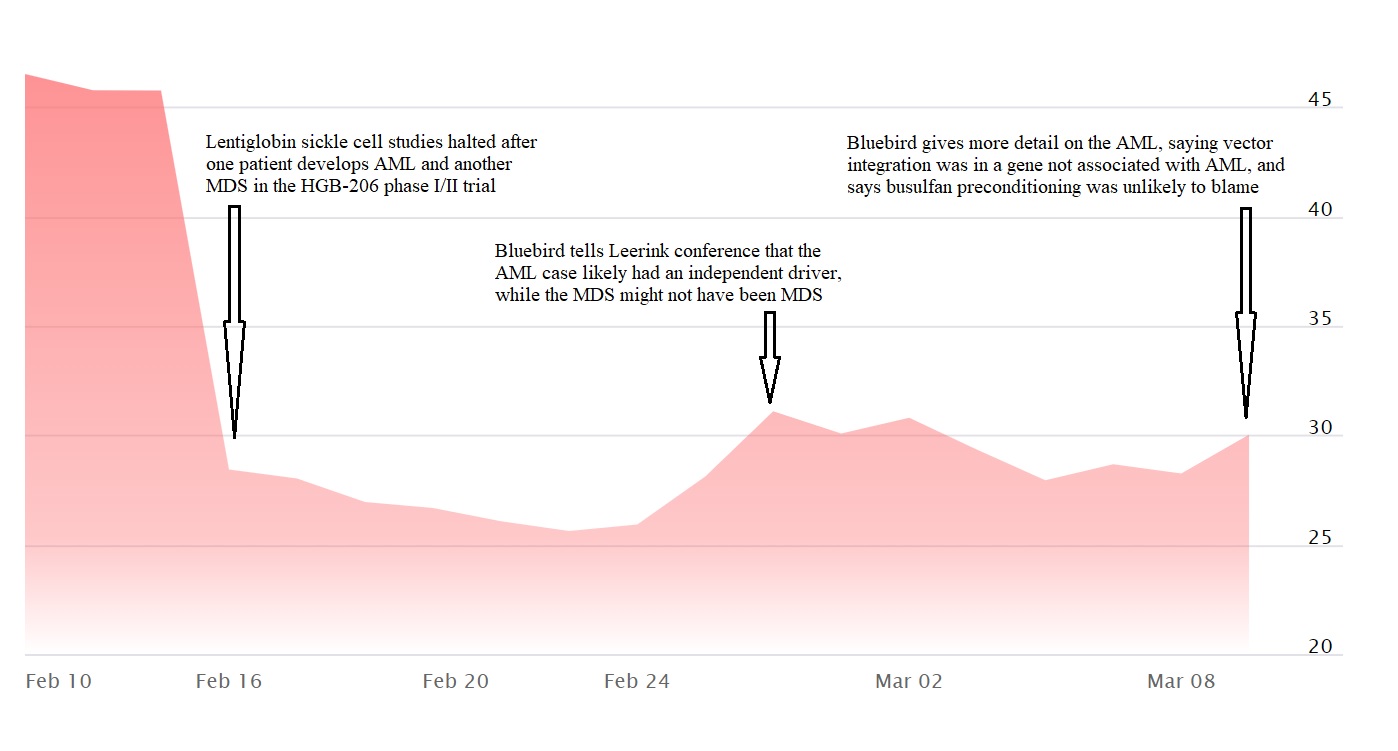 Syncona sets its sights on a gene therapy turnaround

Bluebird sings to a select group of investors

Finding the next Prevail