Sangamo takes on 4D in Fabry

Another week, another early cut on a gene therapy for Fabry disease. This time it is Sangamo’s turn, with ST-920, also called isaralgagene civaparvovec, which showed promise in the first four patients in the phase 1/2 Staar trial. Two dose levels, 0.5x1013 and 1x1013vg/kg, caused alpha-galactosidase A (AGA) activity of two-fold to 15-fold above mean normal; AGA is the enzyme missing in Fabry patients. This is encouraging, but falls short of the 25-fold and 21-fold of normal levels shown last week in two of three patients treated with 4D Molecular Therapeutics’ 4D-310. But there were signs that the efficacy of 4D’s gene therapy diminished over time; this does not appear to be an issue with Sangamo’s project, with one patient maintaining AGA activity for an entire year. One potentially confounding factor is that the two patients in Staar with the highest levels of AGA were on enzyme replacement therapy, though Sangamo stated that only data from ERT trough sample collections were included. Safety was clear, with no liver enzyme elevations requiring steroid treatment and no serious treatment-related adverse events. Despite Staar’s protocol calling for the recruitment of more than 40 other patients, Sangamo is already planning phase 3 trials. 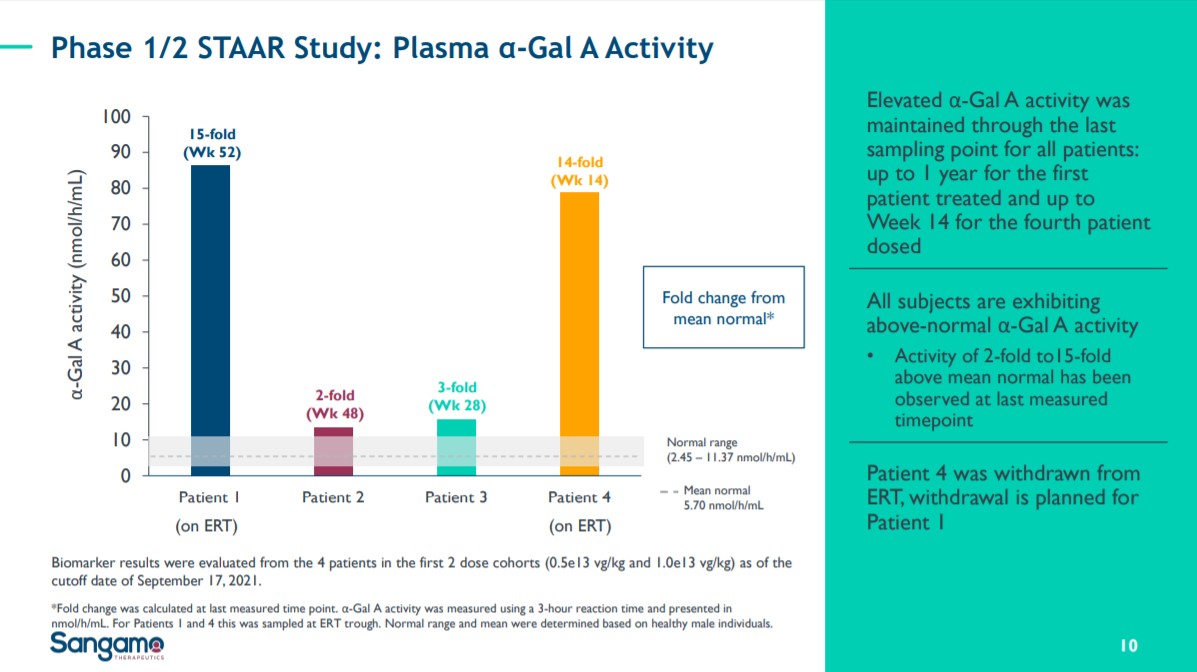