After a long gestation T-cell receptor-based cell therapies were shown, courtesy of Adaptimmune and Immatics, to have a future after all. Today the latter company followed up an arguable early success with the project IMA203 by revealing improved signs of efficacy in more patients. A just unveiled late-breaker at the SITC conference includes 16 evaluable subjects with highly refractory solid tumours, eight of whom went into remission on treatment with IMA203, though four quickly relapsed. The data concerned the first three doses, the first of which elicited no responses; even so, a resulting 50% ORR for a TCR project in solid tumours looks impressive. In March a partial remission among the first four subjects given IMA203, an engineered TCR targeting the PRAME antigen, helped send Immatics up 30%. On an investor call Immatics said it would expand cohorts in five undisclosed cancers, and while initial efficacy was promising the next update, at dose level 4 and with six-month follow-up, would focus on durability. While initially Immatics stock shot up 25% it was off 9% in early trade. Developers of other PRAME-directed projects will be taking note. 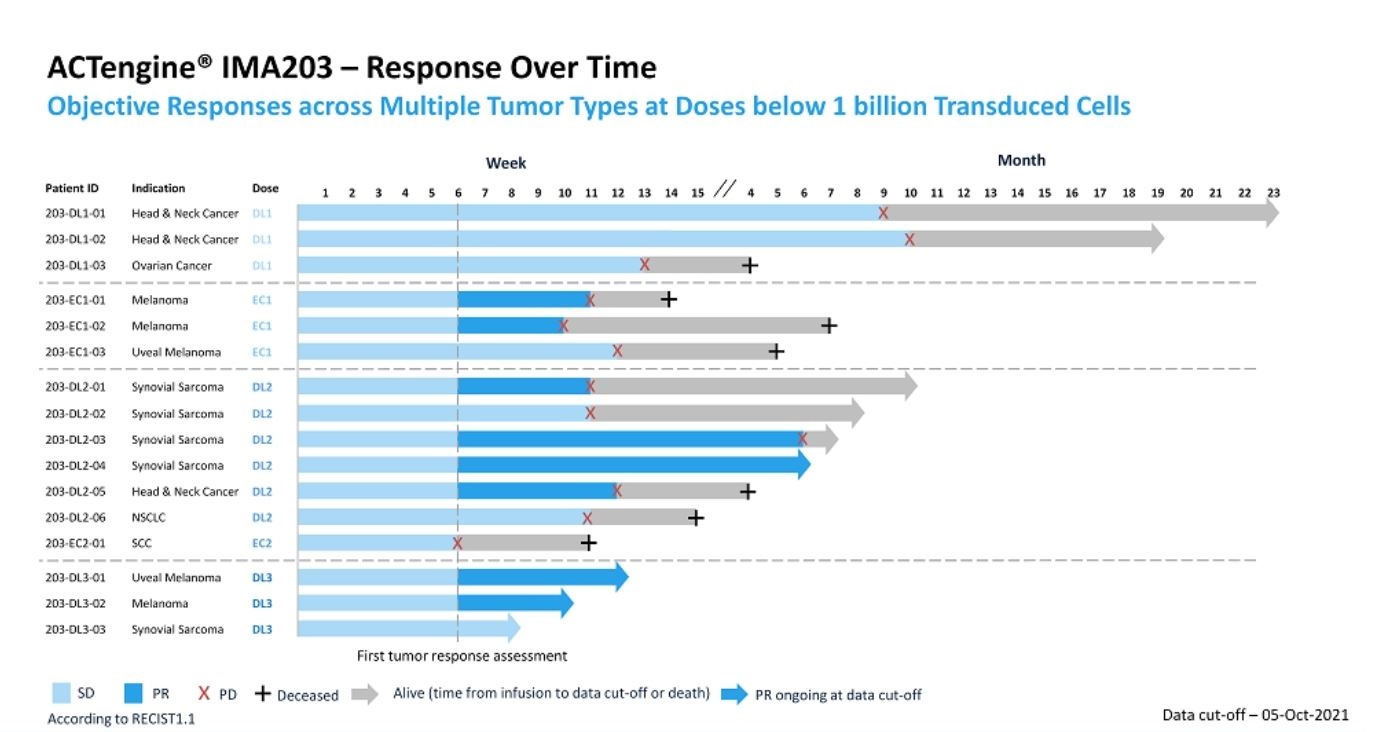 Adaptimmune puts fludarabine back on the agenda