Takeda obviously saw something it liked in its collaboration with Maverick Therapeutics, today pulling the trigger on its option to buy the biotech a year early. Takeda is paying up to $525m to get its hands on Maverick’s T-cell engager Cobra platform, though it is not disclosing the up-front amount. T-cell engagers are a class of bispecific antibodies, and Maverick's have an unusual tetravalent design and are intended to target solid tumours. The deal plays into Takeda’s strategy of investing in early-stage assets; Maverick’s lead candidate, TAK-186, is in a phase I/II study in EGFR-expressing solid tumours, and TAK-280, which targets B7H3-expressing cancers, is not expected to enter the clinic before the second half of the year. The Japanese company’s move will also amplify some of the recent buzz around other early-stage T-cell engagers; last week Amunix Pharmaceuticals raised $117m in a series B round to advance its lead candidate, AMX-818, which targets solid tumours expressing Her2, into the clinic. This followed a $56m series A raise in the same week from Janux Therapeutics, which has a deal with Merck & Co for two projects, not to mention the general excitement around bispecifics at the last two Ash conferences. 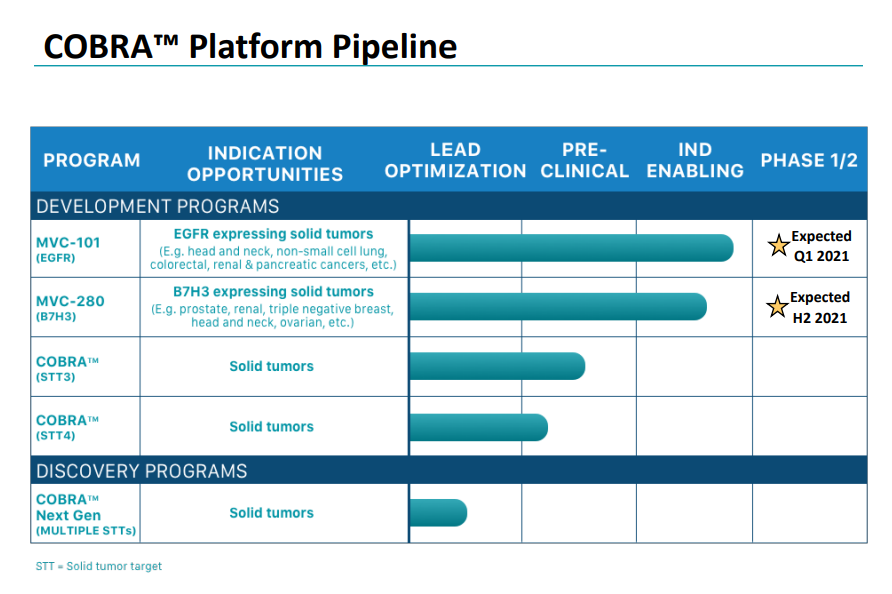 Crispr finally gets its CAR into the clinic