Seven years after floating Xenon could finally have found a winner. Highly encouraging data from the phase 2b X-Tole trial of XEN1101 sent shares in the company to a record high. The study tested the Kv7 potassium channel modulator in adults with focal epilepsy; XEN1101 significantly reduced seizure frequency versus placebo across three doses, and hit secondary measures. This was a highly refractory patient group that had failed a median of six previous anti-seizure medications; half remained on three background ASMs. On a call Xenon executives said it was highly unlikely to win approval on this trial alone, but hoped that regulators would accept X-Tole as one of two required studies. Safety also looked encouraging, with no suggestion that XEN1101 was worsening mood; many ASMs have a black box warning of suicidal ideation. Stifel analysts said the data beat expectations and looked in line with the recently approved Xcopri. To put a value on the opportunity, Angelini agreed to pay almost $1bn earlier this year for Arvelle, owner of Xcopri's European rights. Analysts expect Xcopri's sales in the US, where it is sold by SK Biopharmaceuticals, to reach $846m by 2026, according to Evaluate Pharma. 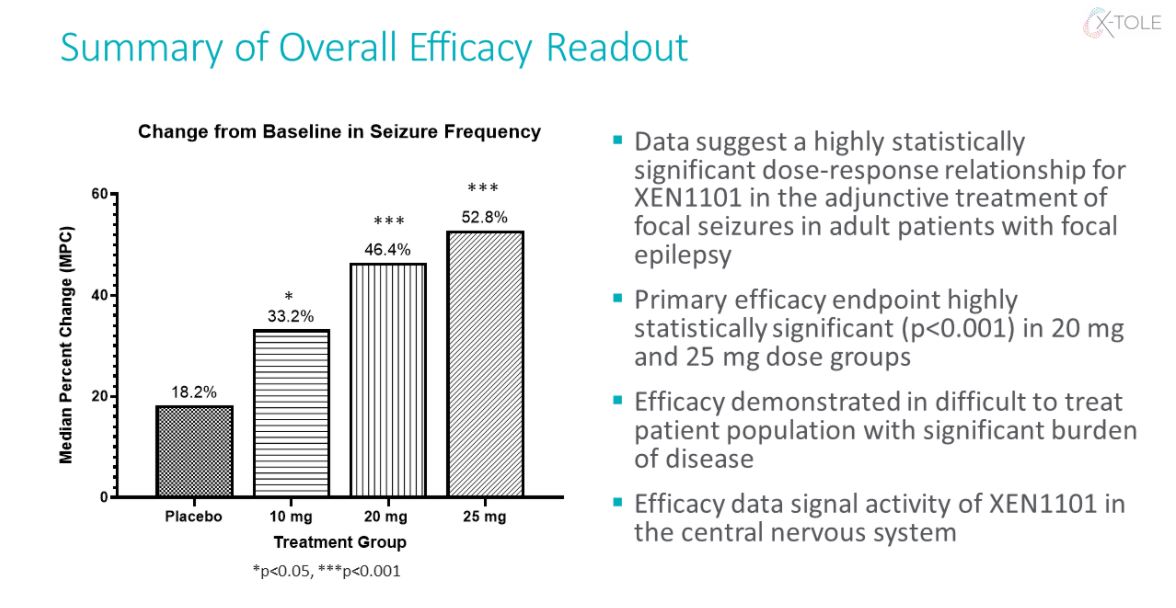 Neurocrine throws in the towel on Tourette’s