The Halo trial in patients with uncontrolled hypertension was supposed to confirm the encouraging signals that Cincor found for baxdrostat in Brightn, a previous phase 2 study conducted in treatment-resistant hypertension and presented earlier this month. But Halo’s failure, and Cincor’s attempts to dig up a signal, raise the risks around this project as it heads into pivotal development. The company blamed a group of non-adherent patients, the majority of whom were Hispanic/Latino and who were enrolled at five study sites, for the trial’s miss. Cut out these patients – who represented 55% of the intent-to-treat population – and a nominally statistically significant reduction in blood pressure can be found, Cincor insisted. On a call executives said they believe adherence is the issue here rather than Hispanic/Latino biology; another possibility mooted was that Halo recruited patients whose high blood pressure is caused by something other than the aldosterone pathways on which baxdrostat works. Patients in Halo were less refractory to existing blood pressure medicines than those in Brightn, so this trial was always higher risk. But success could have opened up a much bigger market. Disappointed investors wiped out almost half the company’s market cap, or around $600m, this morning. 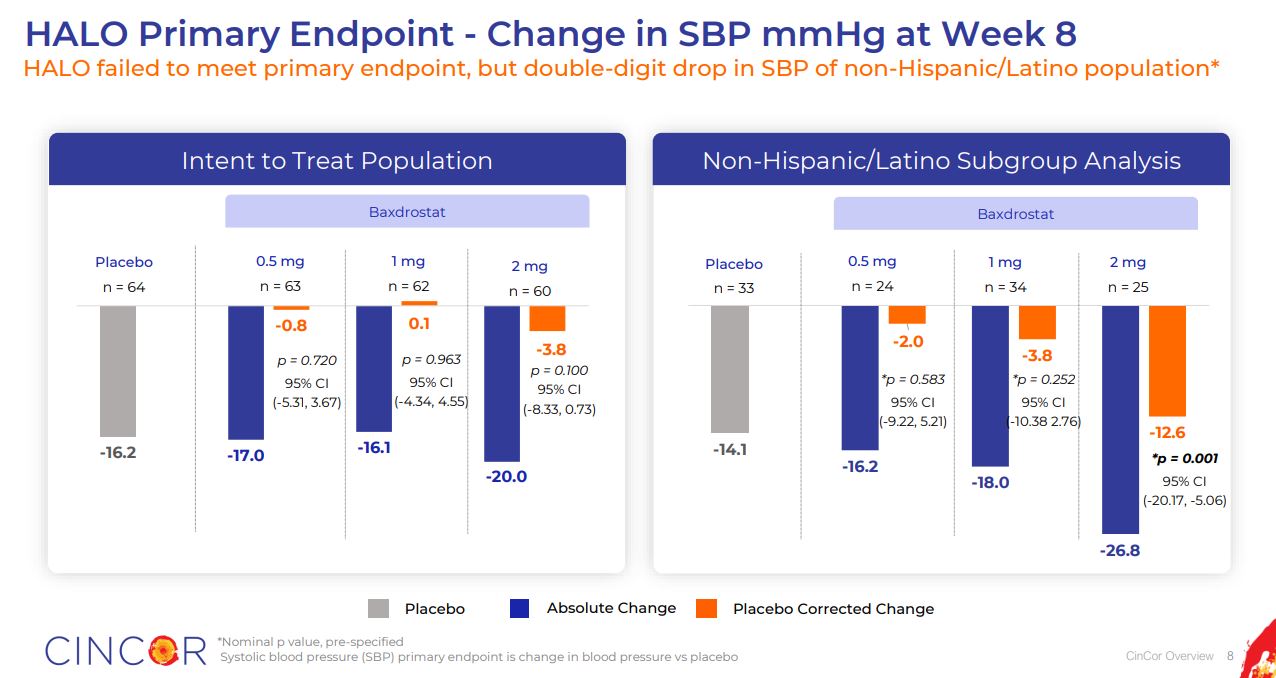 Neurocrine has another pipeline stumble