Hopes that Pliant Therapeutics’ PLN-74809 could have an impact in idiopathic pulmonary fibrosis was enough to almost triple the group's stock yesterday, which in turn prompted a $150m fundraise. The 12-week phase 2a Integris-IPF trial was only designed to show safety and tolerability, but Pliant got investors excited with promising data on forced vital capacity. However, an improvement here was only seen at the 80mg dose, not the higher 160mg, raising questions around dose response. It should also be remembered that 12 weeks is a very short time to judge efficacy in a progressive disease like IPF. The fact that there are currently only two marketed treatments for IPF, neither of which are considered disease modifying and which both carry gastric side effects, mean Pliant is justified in pushing on with PLN-74809. But it will need to replicate these results in the tougher environment of a longer and larger study to keep investor interest. Data are yet to emerge from a 320mg cohort of Integris-IPF, and these might help sort out some of the dose response confusion; a readout is expected in early 2023 and will be watched closely. 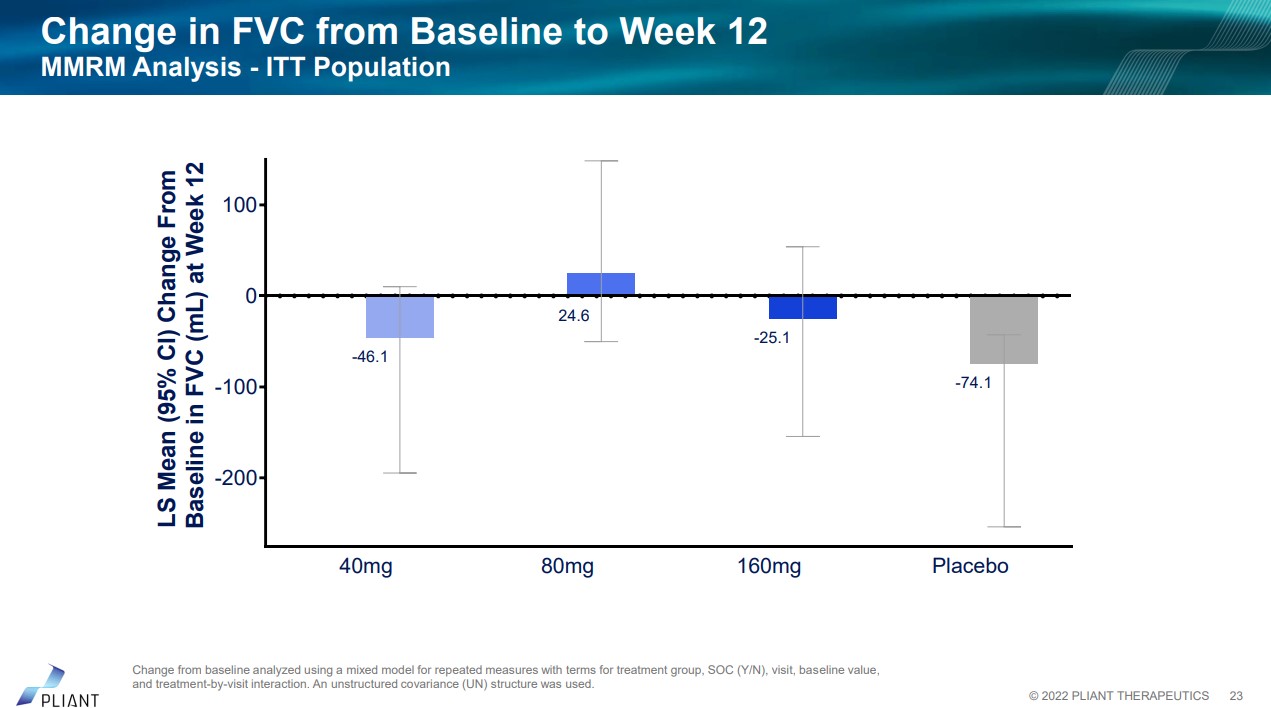 Ionis gets a double whammy

Xylocor sees enough to press on with angina gene therapy

Another Fabry flop, courtesy of 4D