Could Pfizer/Sangamo’s project be facing the same durability issues as Biomarin’s Roctavian?

Pfizer and Sangamo have long positioned their haemophilia A gene candidate, giroctocogene fitelparvovec, as best in class. But new long-term data suggest that its efficacy might be waning.

It is difficult to draw firm conclusions from the latest results, which only encompass five patients. But this is something that will no doubt be watched in an upcoming phase III trial – particularly as it was questions over durability that tripped up Biomarin’s rival gene therapy, Roctavian.

The new data on giroctocogene fitelparvovec – previously known as SB-525 – came at Pfizer’s R&D yesterday. The chart below shows factor VIII levels at up to a year from five patients in the phase I/II Alta trial receiving the highest dose, 3x1013vg/kg. 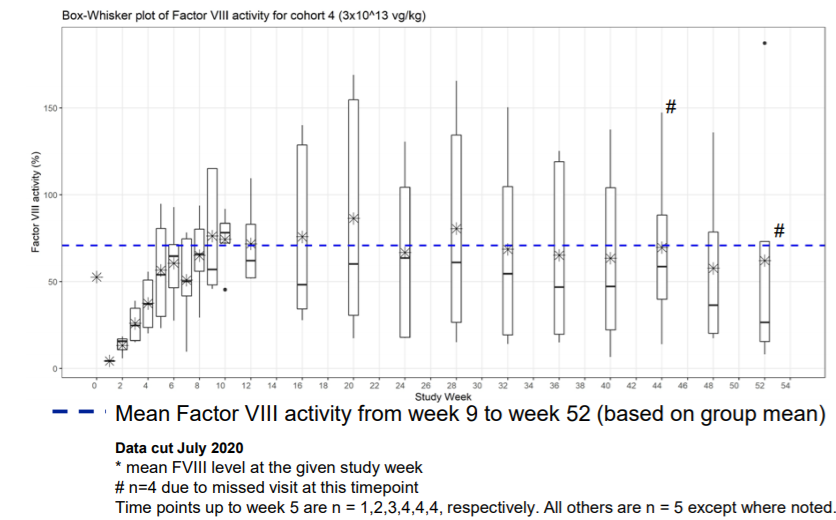 FVIII is the clotting factor that is missing in haemophilia A – raising levels should prevent or reduce the bleeds that haemophilia patients suffer.

Pfizer yesterday pointed to a 71% mean FVIII level from week nine to 52 in the 3x1013vg/kg cohort. Maybe most importantly, the company also noted that there had been no bleeds in patients treated with this dose.

But it does look like FVIII levels are trending down over time. As Evercore ISI's Ummer Raffat noted: "While efficacy is sustained through 52 weeks, there is a bit of fade in FVIII levels."

Evaluate Vantage asked for an explanation from the companies but they had not responded at the time of going to press.

The release yesterday included an additional four months of data versus the previous update from same trial, at the World Federation of Hemophilia meeting in June (All still to play for in haemophilia gene therapy race, June 18, 2020).

In that earlier update, Sangamo and Pfizer highlighted median FVIII levels of 64% at nine weeks. A chart presented at the WFH congress also showed more consistent FVIII levels over 36 weeks – although still a wide variation in patients' responses. 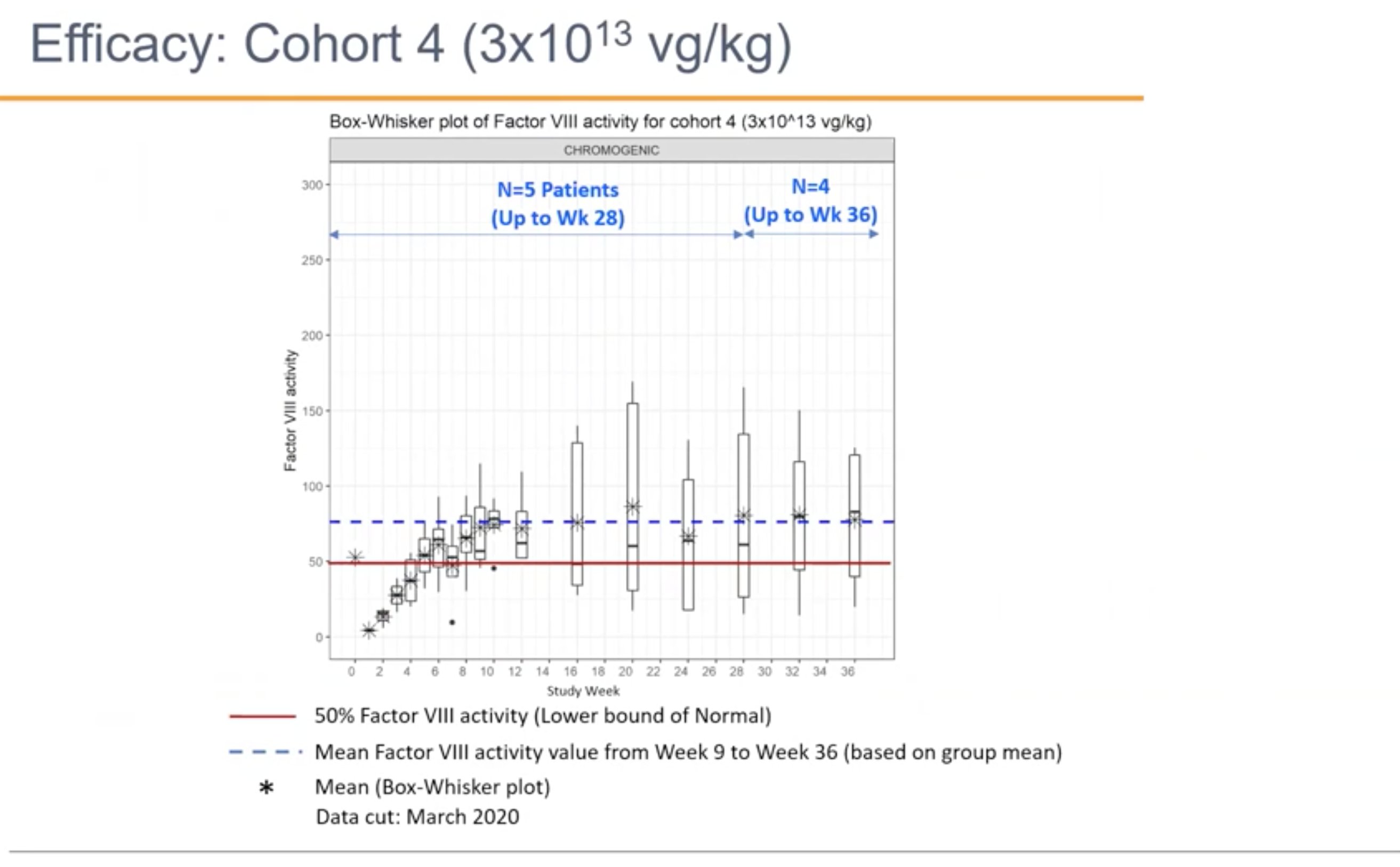 Pfizer is currently enrolling patients in a six-month lead-in portion of its phase III trial, and plans to dose the first patient later this year. Readout from the study, which will use the 3x1013vg/kg dose, is expected in 2022; the primary endpoint is annualised bleeding rate (ABR) at one year.

There is a perception that the FDA might be getting stricter on gene therapies, particularly after the agency knocked back Biomarin’s rival haemophilia A project, Roctavian, also known as valoctocogene roxaparvovec, requesting two years of ABR data (Is valrox dead?, August 20, 2020).

However, Pfizer execs insisted during the R&D day yesterday that the FDA “has not changed the goalposts for approval in gene therapy”.