Replimune heads for the liver

Replimune plans to test its oncolytic viruses in tumours that have spread to the liver, but an early look at Opdivo combo data fails to impress.

Early indications at SITC last year that Replimune’s oncolytic virus approach was working in skin cancer sent the company’s stock up 50%, and further cuts of that data released today point to deepening responses. But the first look at a follow-on CTLA-4-armed project, RP2, combined with Opdivo, seemed to take the shine off the progress.

A further two complete responses were reported with RP1, the company’s lead project, on top of the seven revealed at last October, out of 36 patients treated in the melanoma arm of the Ignyte trial. A very early cut of data on RP2 found 6 partial responses among 27 treated patients, giving an ORR of 22%; it should be remembered that these patients had exhausted all other options.

The company also unveiled plans today to push RP2 and a third project, RP3, into a liver metastasis setting. This was prompted by better than expected responses in a handful of patients whose disease had spread to the organ, persuading the company that the setting was worthy of “aggressive development”, Replimune’s founder and head of research, Rob Coffin, said on an investor call today.

Six patients with liver disease have responded to either RP1 or RP2, three of whom had the oncolytic virus injected into their liver tumour. The remaining three had a liver response despite having a tumour elsewhere injected, supporting the theory that these projects are eliciting a systemic immune response, according to Professor Mark Middleton, head of oncology research at Oxford University and Replimune’s lead investigator.

In the coming months Replimune plans to expand enrolment into an ongoing trial of RP2 to include patients with liver metastases of defined tumour types, including GI, lung and breast cancers. Further data in uveal melanoma is of particular interest – should the signal be confirmed here the company plans to move to “registration-directed development”.

For RP3, early clinical work testing its safety when injected straight into the liver will commence, followed by a monotherapy and PD-1 combination trial.

The liver is the most common site of tumour spread, and the presence of liver metastases renders the disease resistant to immunotherapy. According to Replimune this is due to liver-resident macrophages, which ultimately dampen T-cell activation. The company maintains that its oncolytic virus projects can counter this resistance, by boosting T-cell production and reducing apoptosis.

This remains to be proven, of course, and for now Replimune’s main focus is RP1 and RP2 in skin cancer. The first data on RP2 plus Opdivo were also revealed today, and Professor Middleton stressed that this was a very early cut of the data and that the project’s true effectiveness remained hard to assess.

A 12% dip in Replimune’s share price morning suggests that investors were expecting something more. It is important to remember that this is essentially a salvage setting, and many of the patients had failed anti-PD-1 therapy. The trial is continuing.

A later cut of the ongoing trial of RP1, Ignyte, was perhaps more impressive, with more patients converting to complete responses and durability in some cases approaching two years.

Still, the relatively complex administration of oncolytic viruses has been a major drawback, and is thought likely to restrict their application to easy-to-reach tumours and possibly salvage settings. Indeed, Mr Coffin had founded Biovex, sold to Amgen in 2011, whose oncolytic virus Imlygic has largely remained a niche treatment.

For the negative view to change Replimune needs these data to keep improving, and confirm these very early signals in liver settings. 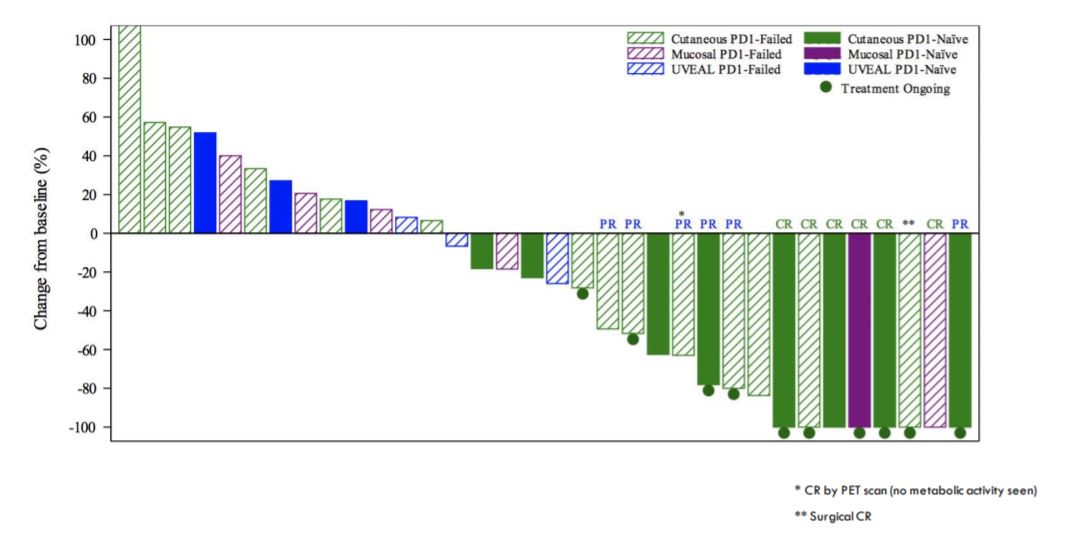 Asco 2021 – Guardant shoots for the moon

Zymeworks investors wake up to competition