Cardiff Oncology's attempt to hit all subtypes of Kras-mutated colorectal cancer with its PLK1 inhibitor onvansertib is being tested in an ongoing second-line study, but the latest data cut makes for disappointing reading. Responses waned on last year, in confirmed and unconfirmed analyses alike. The company's massaging of the numbers also failed to impress investors, with the stock plunging 23% in early trade. A patient who improved from stable disease to an unconfirmed partial response after data cutoff was included in results presented to analysts last night, a PR that will not feature in a poster due to be presented at Asco-GI this weekend. Cardiff execs stressed that the data remained stronger than the “proof-of-concept” criteria set for this trial. This called for ORR of 20% and median PFS of at least six months – mPFS currently sits at 9.4 months, though this is an interim finding. They also pointed to responses across several subtypes of Kras mutation. Cardiff plans to move into phase 3 later this year, and Pfizer has first pass at any data as part of an equity investment made last year, but jittery biotech investors have clearly seen enough to fret about for now. 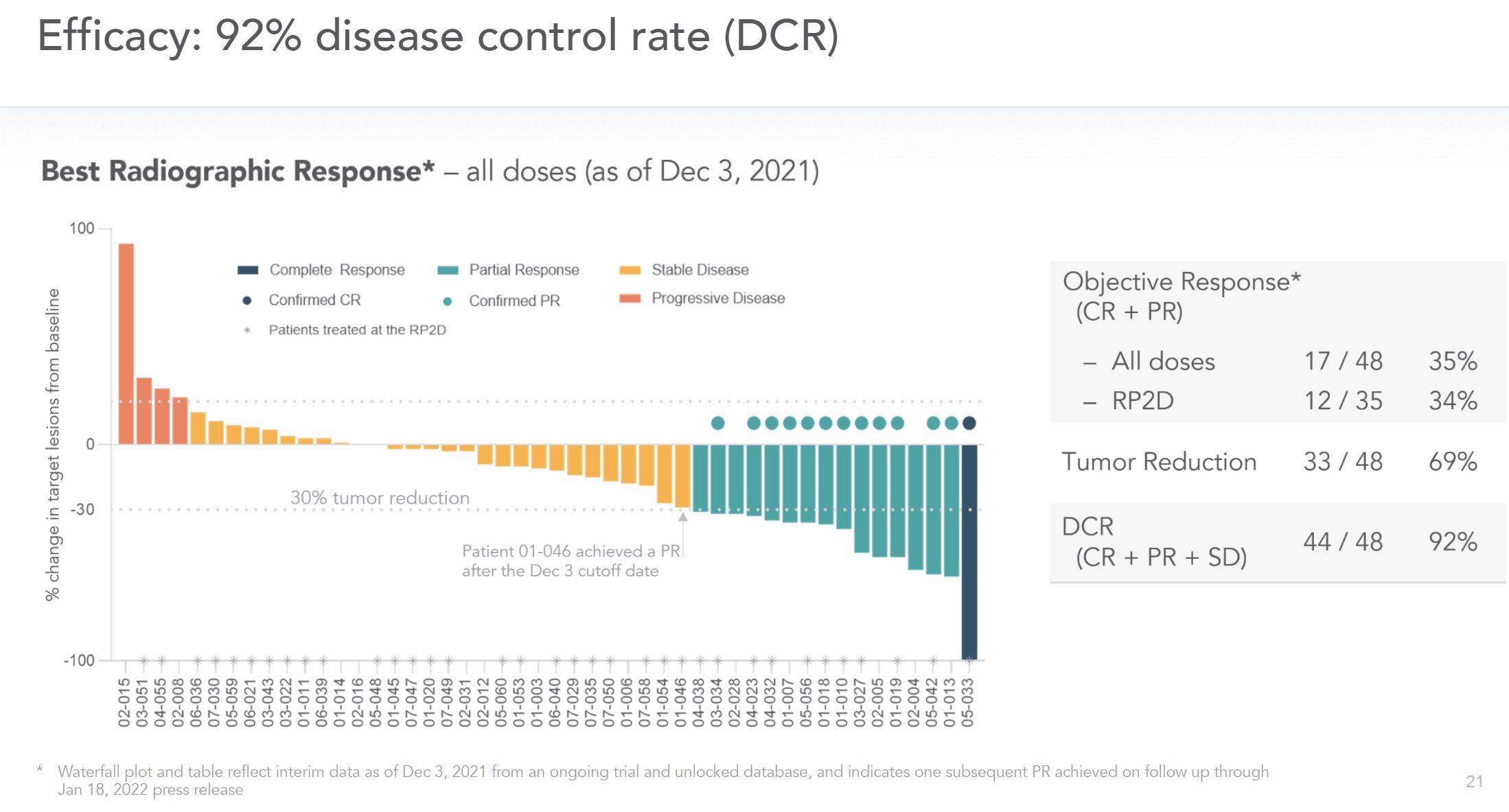