SABCS 2019 – Astrazeneca and Daiichi join the Her2 resistance

New data confirms that trastuzumab deruxtecan has an exciting destiny, but the antibody-drug conjugate’s impressive efficacy in late-stage breast cancer comes at a price.

Trastuzumab deruxtecan, the antibody-drug conjugate being developed for breast cancer by Astrazeneca and Daiichi, is forecast to be one of the biggest launches of 2020. The strength of today’s data from the phase II Destiny-Breast01 trial, unveiled at the San Antonio Breast Cancer Symposium, suggest that the substantial expectations are justified.

This sting in the tail is safety, however. The results confirm that the ADC can cause serious toxicities, with 14% of patients in the study suffering interstitial lung disease, four whom died of the complication, with their deaths deemed treatment-related. But with an impressive 61% of heavily pre-treated patients responding to the therapy, this issue seems unlikely to derail the project’s approval chances.

This is impressive in a population that had had a median six prior lines of cancer therapy including Roche’s ADC Kadcyla. As a single-arm study there are limitations to this data, but investigators noted that the results stand out in a very crowded field.

“To put it in context, progression-free survival of 16 months [and] response rate of 60% – those are roughly double or triple what typically we’ve seen in other studies of this third- and later-line population,” Dr Ian Krop of the Dana-Farber Cancer Institute said in a press conference. Overall survival was not reached.

In an earlier phase I study trastuzumab deruxtecan managed an objective response rate of 60% in Her2-positive breast cancer patients previously treated with an average of seven therapies including Kadcyla. At the time, Astra called that achievement “unprecedented”, and this larger trial has largely replicated the findings of that work (Astra and Daiichi lay out their plan for a better Herceptin, May 8, 2019).

The current treatment sequence for metastatic Her2-positive disease is dominated by three Roche products. First-line treatment with a taxane plus Herceptin plus Perjeta; second-line treatment is generally Kadcyla. There is no consensus on the best therapy for the third-line setting.

The response rate to trastuzumab deruxtecan in Destiny-Breast01 was particularly notable among patients previously treated with Perjeta: 64.5% of these responded compared with 54% who had never received Roche’s drug. 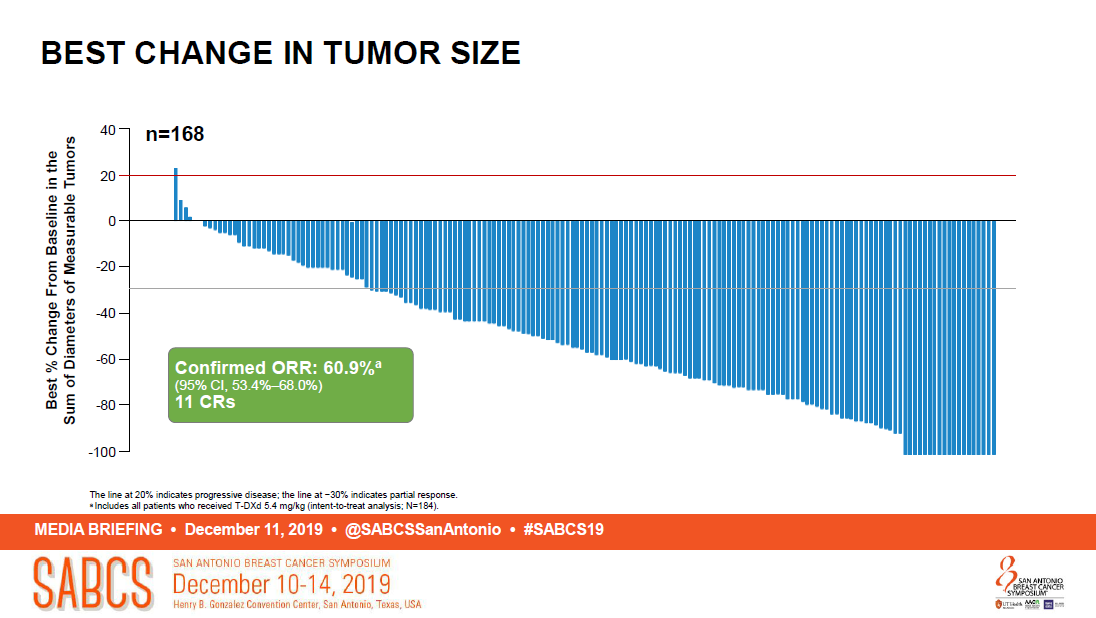 Trastuzumab deruxtecan’s Achilles heel is its side-effect of interstitial lung disease. This was seen in 13.6% of the Destiny-Breast01 patients, a slight improvement from the rate in phase I, but still a drawback that could lead to a black box warning on any future label. Dr Krop conceded that the rates of interstitial lung disease were higher than seen in studies of other drugs, including Herceptin and Kadcyla. He added that the investigators could not explain this, particularly since ADCs are supposed to allow the specific targeting of tumours. This side-effect will require careful monitoring.

The project is due a US decision on its BLA for third-line breast cancer in the first quarter of next year. The sellside has already pencilled in some huge sales numbers that make the ADC one of the sector's most valuable oncology assets currently in development. EvaluatePharma's consensus has sales topping $2bn by 2024 and some analysts have mooted peak sales of $7bn, though this all relies on trastuzumab deruxtecan proving its worth in earlier settings. Presumably these are the kind of revenues Astra was anticipating when it paid $1.4bn up front to license the drug (Astra shakes hands with Daiichi to take on Roche, March 29, 2019).

If one of these competing agents can come close to trastuzumab deruxtecan’s efficacy without its safety signal, expectations might have to be reined in. But for now, this is the project to beat. 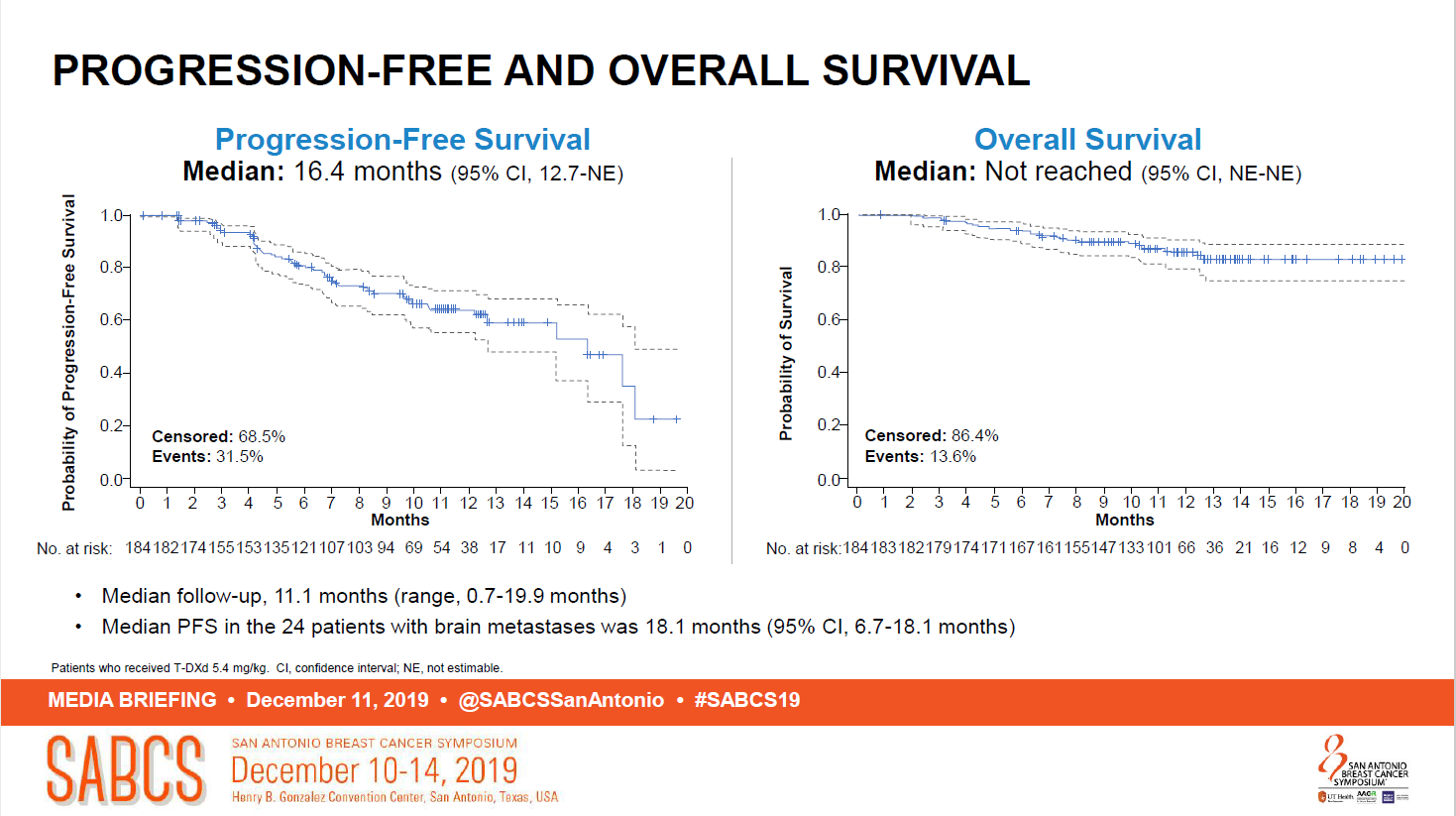