Astrazeneca’s AZD1222 has become the third Covid-19 vaccine to get the nod in a western nation after the UK approved its emergency use in people over 18. The MHRA recommended two full doses given four to 12 weeks apart – the dosing regimen that resulted in 62% efficacy in phase II/III studies in the UK and Brazil. The agency did not approve the apparently more efficacious half-dose/full-dose regimen, saying the results “were not borne out by the full analysis”. However, today’s press conference raised further questions about an already confusing analysis, with Professor Munir Pirmohamed of the University of Liverpool saying that, in patients with a three-month interval between the first and second full doses, efficacy was up to 80%. Astra’s chief executive, Pascal Soriot, claimed over the weekend that stronger data were in the offing, without giving further details, but until these results are publicly available it is impossible to evaluate his claims. AZD1222's status in the EU is unclear: a spokesperson for Astra told Evaluate Vantage that the company had submitted a full data package to the EMA, but the agency has said it has requested more data from Astra.

This story has been updated to include comments from Astra and the EMA. 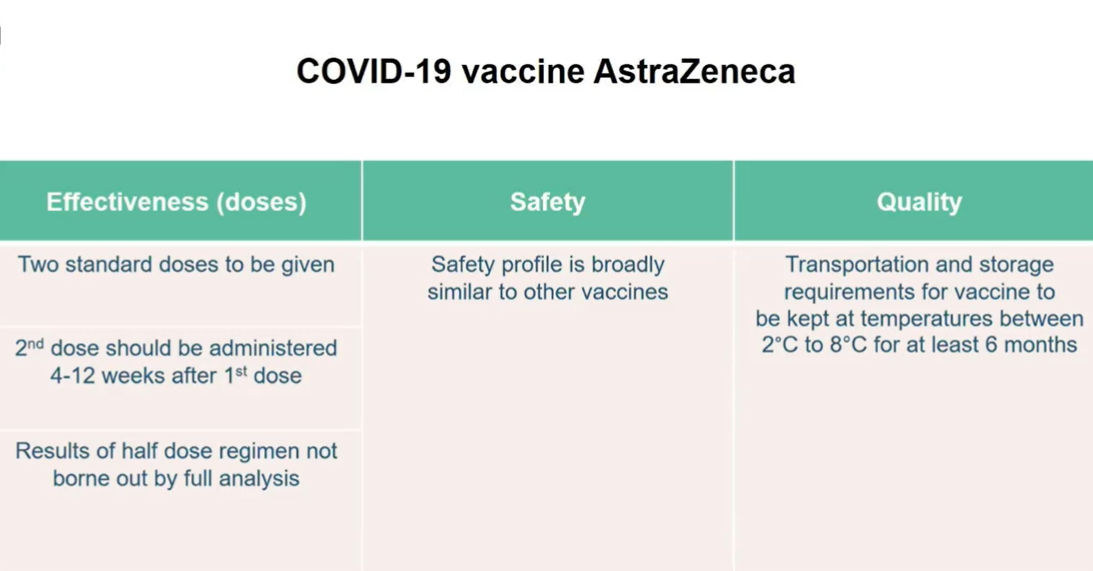