Enhertu’s additional approval this morning for Her2-positive gastric cancer coincided with the Asco-GI conference, which featured a front-line gastric cancer study of Five Prime’s bemarituzumab as a late-breaker. The green light, the first for a Her2-directed therapy for this cancer since Herceptin, will also remind investors what the Astra/Daiichi drug has to do to meet expectations: EvaluatePharma consensus forecasts see 2026 sales of $4.1bn, mostly in breast cancer. Meanwhile, much of Five Prime’s data was a retread of that toplined last November, and with continuing doubts about bemarituzumab’s relevance beyond FGFR2b-overexpressing cancers the stock fell 11%. Also off on Asco-GI data was Cardiff Oncology, down 31% after reminding the markets that, with four more Kras-mutant colorectal cancer subjects treated, the overall response rate to onvansertib was still around 40%. Bridgebio Pharma’s infigratinib showed a 23% ORR in FGFR2-positive cholangiocarcinoma, underperforming the 36% on the approved label of Incyte’s similarly acting Pemazyre. Perhaps the most intriguing dataset came from Arcus’s AB680 in front-line pancreatic cancer: 41% ORR in 17 subjects could give the company a focus beyond Tigit inhibition. Still, the study also included chemo and an anti-PD-1, so AB680’s effect is hard to tease out. 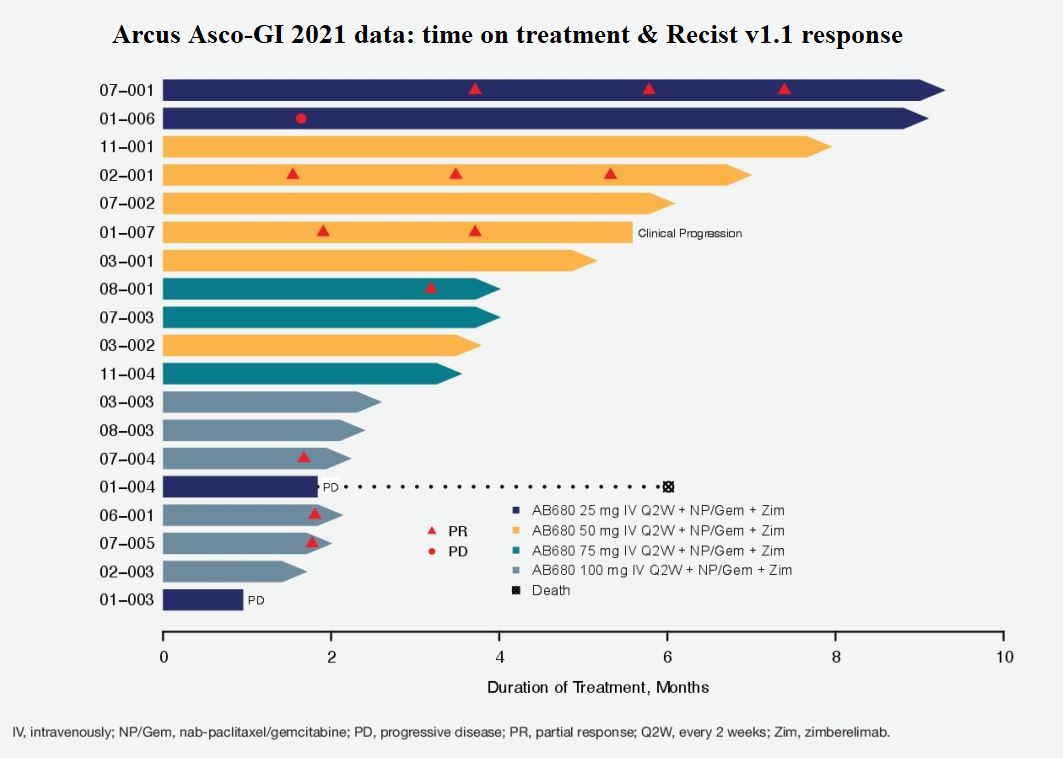