Over the past decade Roche and Novartis consistently spent more on R&D than other big pharma groups, while Abbvie and Astrazeneca have added to their budgets.

The world’s 12 big pharma groups collectively spent $82bn on drug development last year, a figure so huge that it is hard to find comparators in other sectors. And surprisingly, the biggest spenders were found in Europe: Roche and Novartis consistently invested more in R&D than their rivals, though Johnson & Johnson is not far behind.

In fact J&J is notable for having substantially grown its R&D outlay over the past decade: in dollar terms it has almost doubled since 2010, reaching $8.5bn last year. Abbvie, meanwhile, has more than doubled its investment in development over the same period, to $5bn, as it has become ever more motivated to find a replacement for the mega-blockbuster Humira.

R&D budgets change over time, of course, and the charts below show how some companies have bulked up or slimmed down more than others. For example, in 2010 Pfizer and Merck & Co had just completed the acquisitions of Wyeth and Schering Plough respectively, and both groups spent the next few years trimming the fat.

These figures, which are not adjusted for inflation, reflect only pharmaceutical R&D spend; companies like Roche and J&J split this out from the investment going into their medtech or diagnostic divisions. 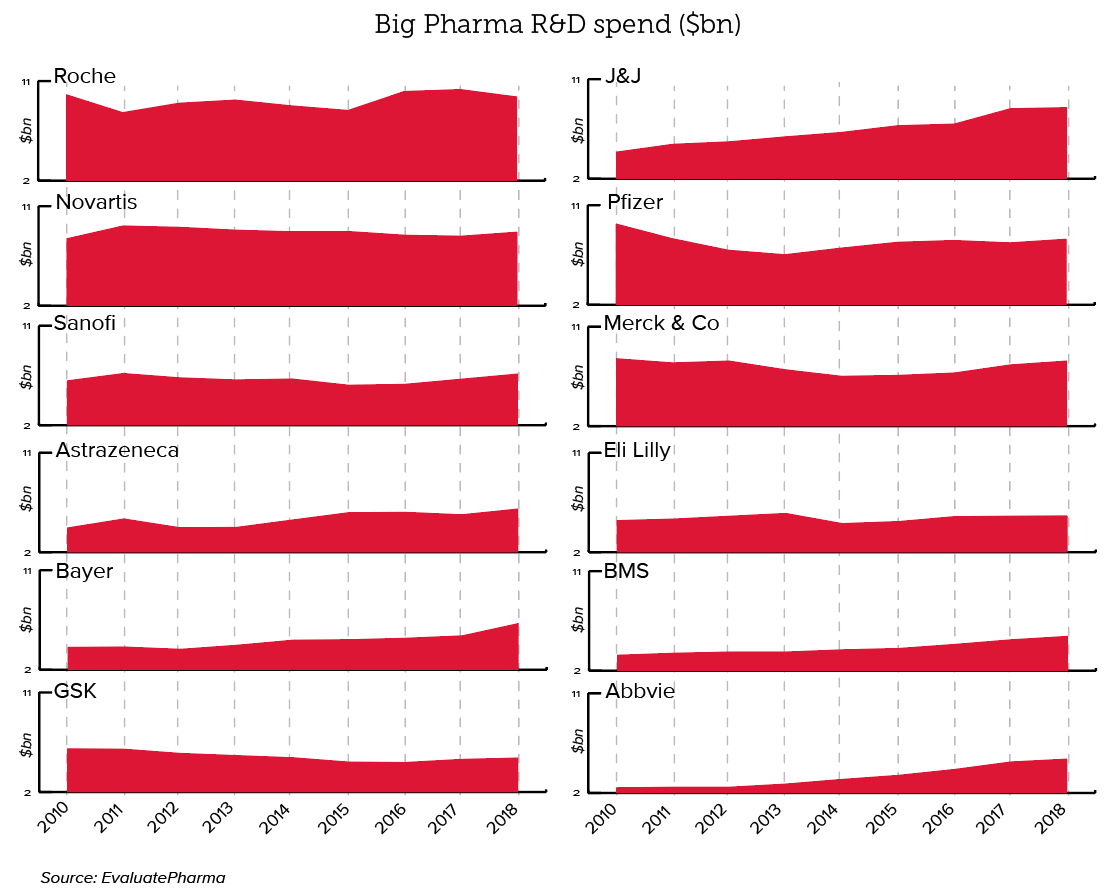 Another way of looking at R&D spending is by percentage of sales invested, a ratio that arguably better reflects an individual company’s strategy. The charts below were calculated from sales of prescription and over-the-counter drugs, and pharmaceutical R&D spend, as collated by EvaluatePharma.

Astrazeneca stands out here, with its R&D expenditure more than doubling since 2010 to 28% of sales. During the same time period patent expiries have savaged the company’s top line, contributing to the swing in this ratio, though the company’s R&D spend in real terms has also climbed.

At the other end of the scale, Roche has trimmed this ratio by five percentage points over this period, more than any other company.

Big revenue swings due to patent expiries or large acquisitions mainly explain the fluctuations seen below. However, it is remarkable that some companies have remained unchanged, and it is certainly true that some executive teams are ideologically working towards a certain ratio that has been judged fitting for their organisation. The financial community certainly appreciates predictability in such a huge feature of a company’s profit and loss account. 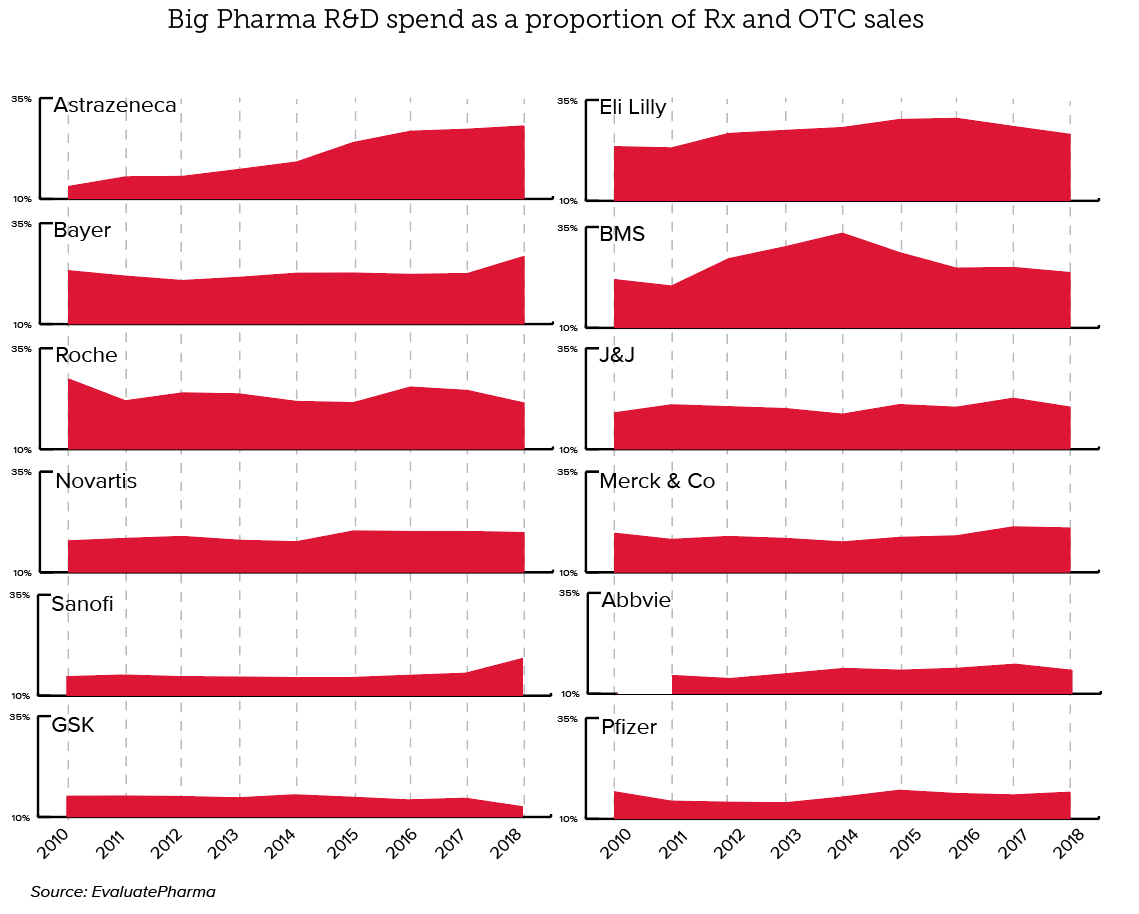 Roche and Lilly most vested in research