Asco 2020 – Adaptimmune surges as it strides out for market

The Asco starting gun fired up Adaptimmune this morning, with shares in the UK cell therapy company almost doubling. After years of glacial movement the developer’s engineered T-cell receptor projects now appear to be making progress, and a stake has been put in the ground regarding first launch: 2022, for ADP-A2M4 in synovial sarcoma. New data at Asco on the Mage-A4-targeted therapy include a 50% (8/16) response rate in this cancer, although this includes one unconfirmed partial remission recorded after data cut-off. Still, evidence that these responses are durable is emerging, to the extent that Adaptimmune now considers the Spearhead-1 trial registrational, though whether this has been agreed by regulators is not immediately clear. In a prerecorded presentation executives said interactions with agencies had been "productive and supportive”. Press-released data, not scheduled for Asco, also helped give the stock a boost. Three of four patients treated with Adaptimmune's next-gen Mage-A4 project ADP-A2M4CD8 have responded, while a separate AFP-targeted therapy, ADP-A2AFP, achieved a complete response in liver cancer. Three other patients treated with ADP-A2AFP failed to respond, but it seems that today Adaptimmune investors are focusing on the positives. 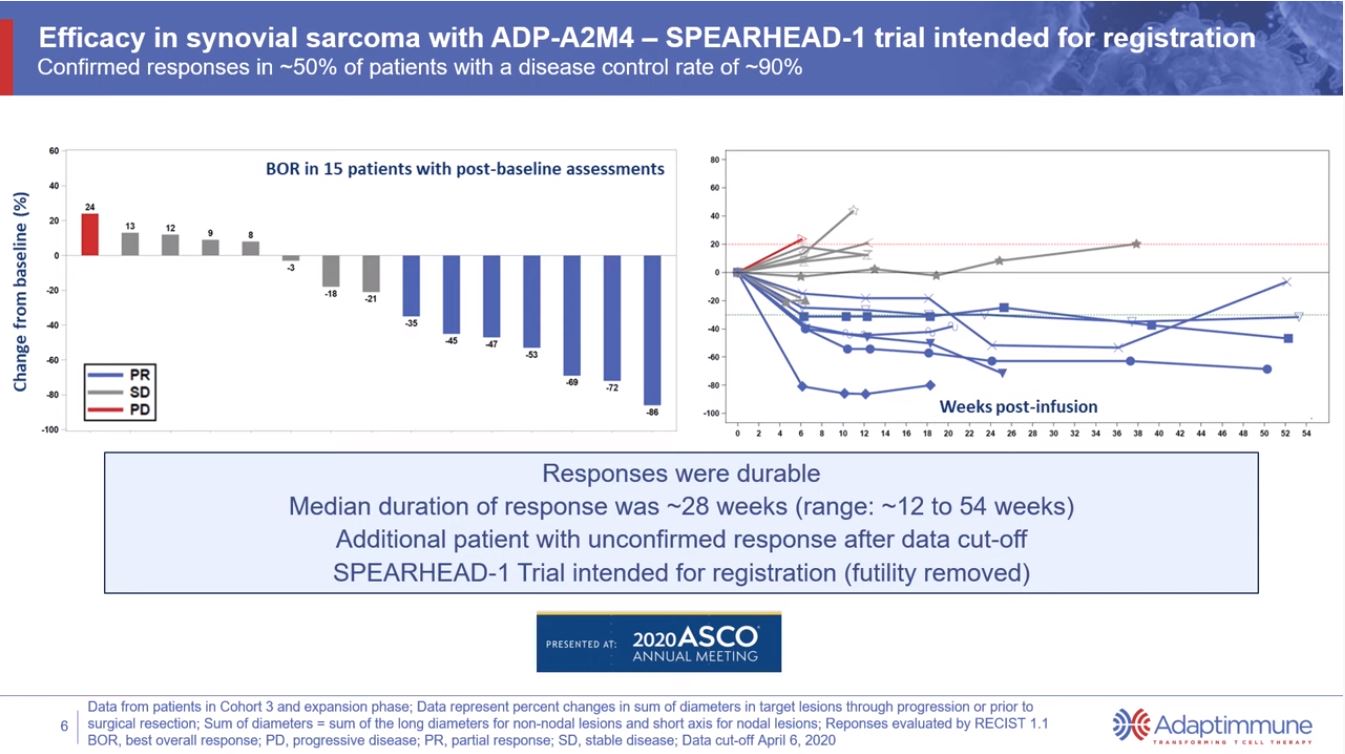 No heel needed for Achilles