A little-noticed Merck & Co presentation at Asco-GU over the weekend should be of interest to followers of Arrowhead Pharmaceuticals. It concerns MK-6482, a HIF-2α inhibitor that now carries the INN belzutifan, in a relapsed renal cancer trial in combination with Exelixis’s Cabometyx. Arrowhead last year started a phase I renal cancer study of ARO-HIF2, an RNAi project also targeting HIF-2α, and no other industry project with this mechanism appears to be in clinical trials. The key finding for belzutifan was an overall remission rate of 22% counting only confirmed responses, or 34% including another five unconfirmed ones. While the contribution of Cabometyx, an approved monotherapy, cannot be split out, all trial subjects had relapsed on PD-(L)1 blockade, with 35% also having failed on a tyrosine kinase inhibitor, said Dana-Farber’s Dr Toni Choueiri. A separate cohort in this trial tests front-line patients. This is another dataset backing Merck’s $1.05bn takeover of Peloton, which brought this asset, after Peloton’s own monotherapy trial showed a 24% ORR, and a phase II von Hippel-Lindau disease-associated renal cell cancer study yielded 28%. The next big event, for Merck and Arrowhead alike, is readout of belzutifan’s pivotal head-to-head trial against Afinitor. 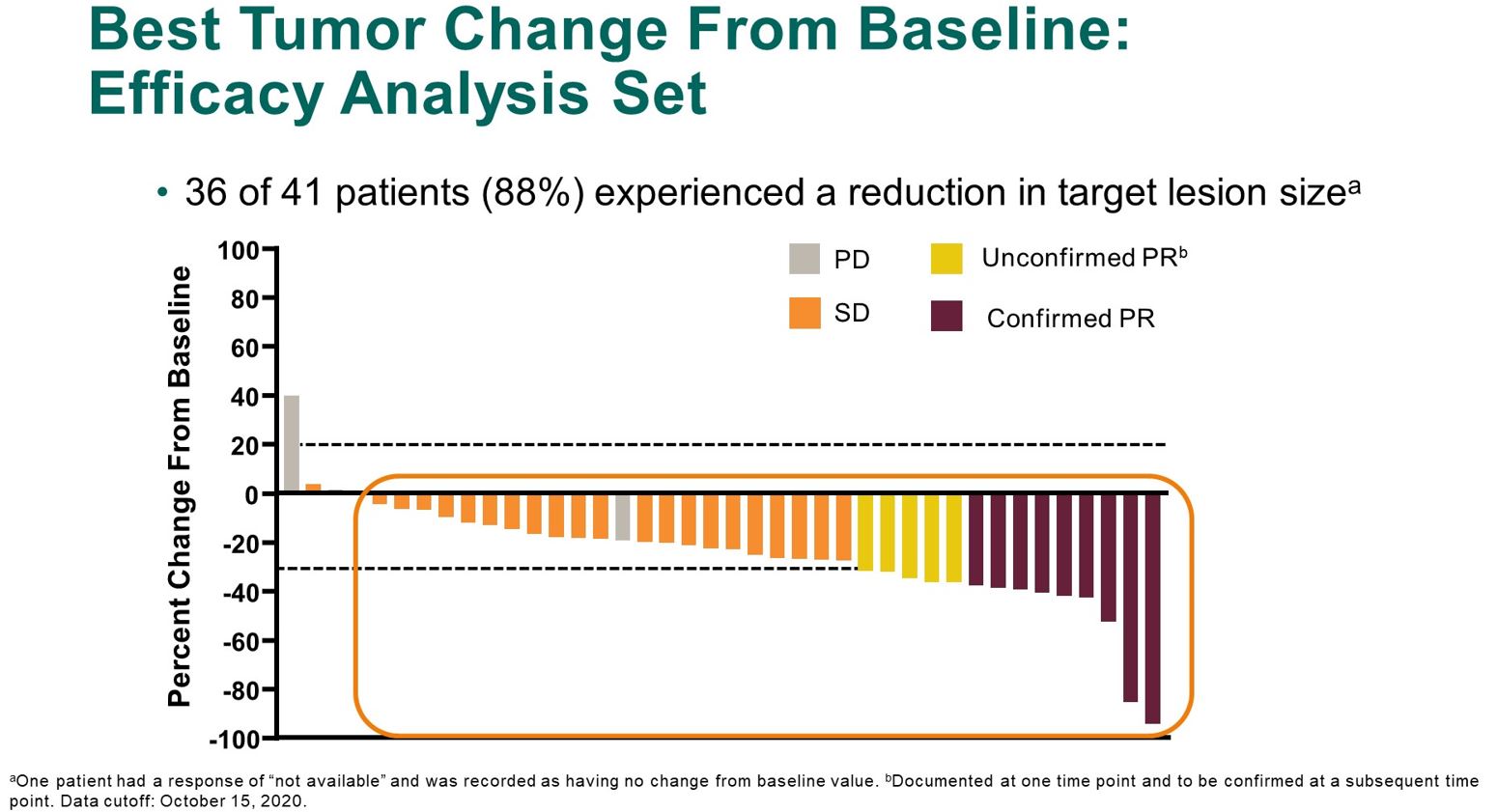 Bristol and Exelixis score in kidney cancer, but will it be enough?