Keytruda looks set for approval in perioperative triple-negative breast cancer after Merck & Co’s Keynote-522 study showed a statistically convincing event-free survival win. Even better, an early cut of overall survival data is also pointing in the right direction, an Esmo virtual plenary session has revealed. The trial had neoadjuvant and adjuvant settings, and its first success, on pathological complete response, got a 10-0 US adcom vote against approval because pCR might not correlate with survival. Merck toplined an EFS win in May, and has now quantified this: after 216 of Keynote-522’s 1,174 participants experienced disease progression or death a 37% risk reduction favouring Keytruda versus placebo (p=0.0003) has emerged. This appears resounding, is not influenced by patients' PD-L1 status, and is backed by a 28% reduction in risk of death, though this analysis is immature at 39.1 months’ median follow-up. Assuming swift approval, Merck will have secured its head start over Roche’s Tecentriq, whose similarly designed Impassion-031 trial has yielded pCR but not EFS data. Keytruda is filed for neoadjuvant as well as the much more lucrative adjuvant use, and the remaining question is whether the FDA will approve both.

This story has been updated to reflect longer follow-up. 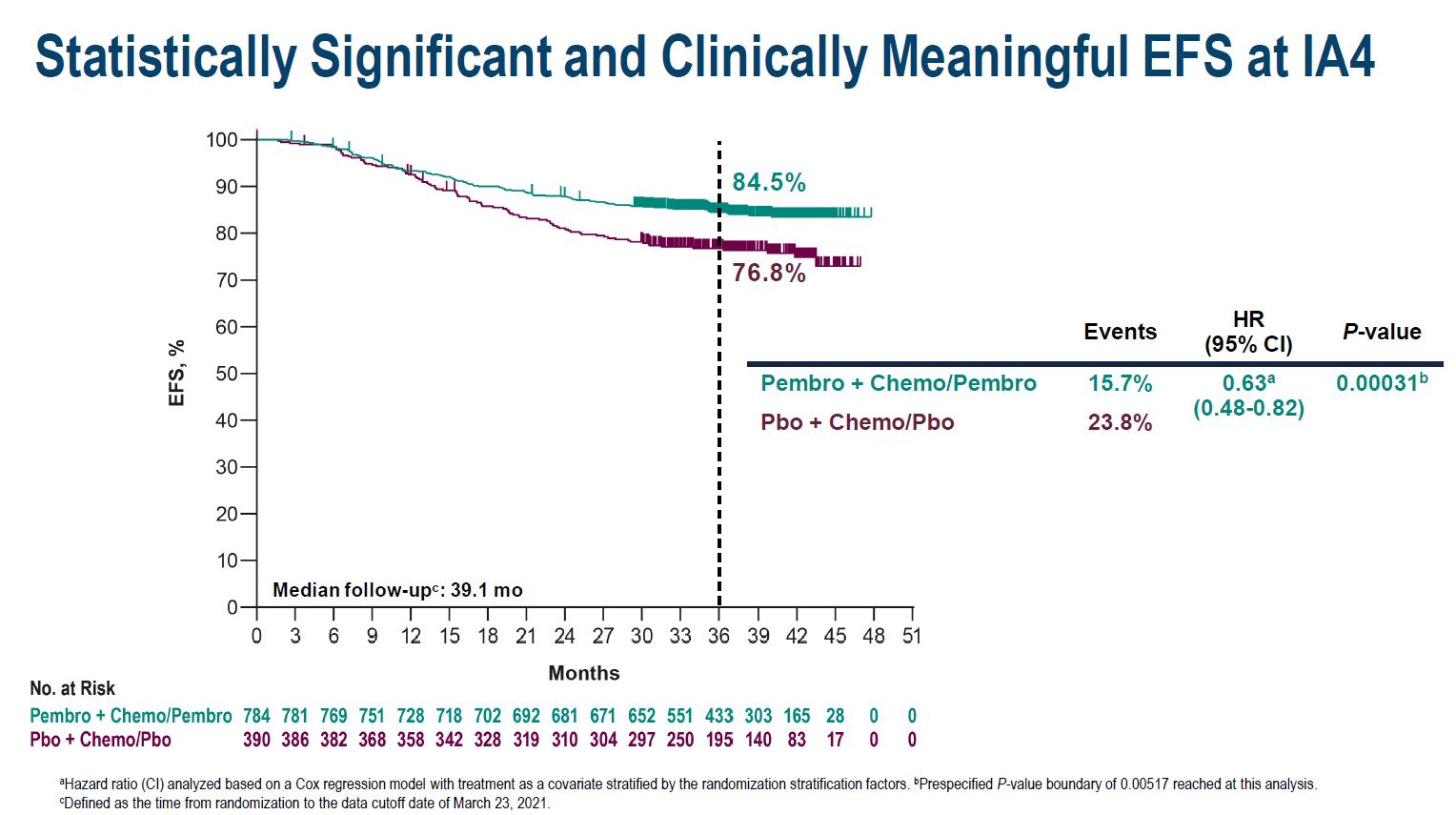