A strange trend for Uniqure

Uniqure’s reluctance to disclose specific data on its Huntington’s gene therapy AMT-130 has stung it in the past, so today’s reveal has been welcomed by investors. In four evaluable patients in the low-dose cohort of the ongoing phase 1/2 trial, mean levels of mutant huntingtin protein (mHTT) in the cerebrospinal fluid fell by between 58.3% at 12 months, versus 16.8% among three evaluable patients in the sham control group. But the odd trend over time – sham patients were doing poorly until the one-year point, when they staged a startling reversal – has raised questions. On a call today management attributed this to the size of the trial, saying that one of the sham patients was an outlier and distorted the overall picture. Nonetheless Uniqure is up 13% in early trade, likely because the reduction in mHTT was at the higher end of what Uniqure had hoped for. But this is just biomarker data; results on functional endpoints, including from a 16-patient high dose cohort, will come in 2023, and the company said that in order to get approval – even accelerated approval – it will need to show clinical benefit. The group has no plans to seek a partnership. 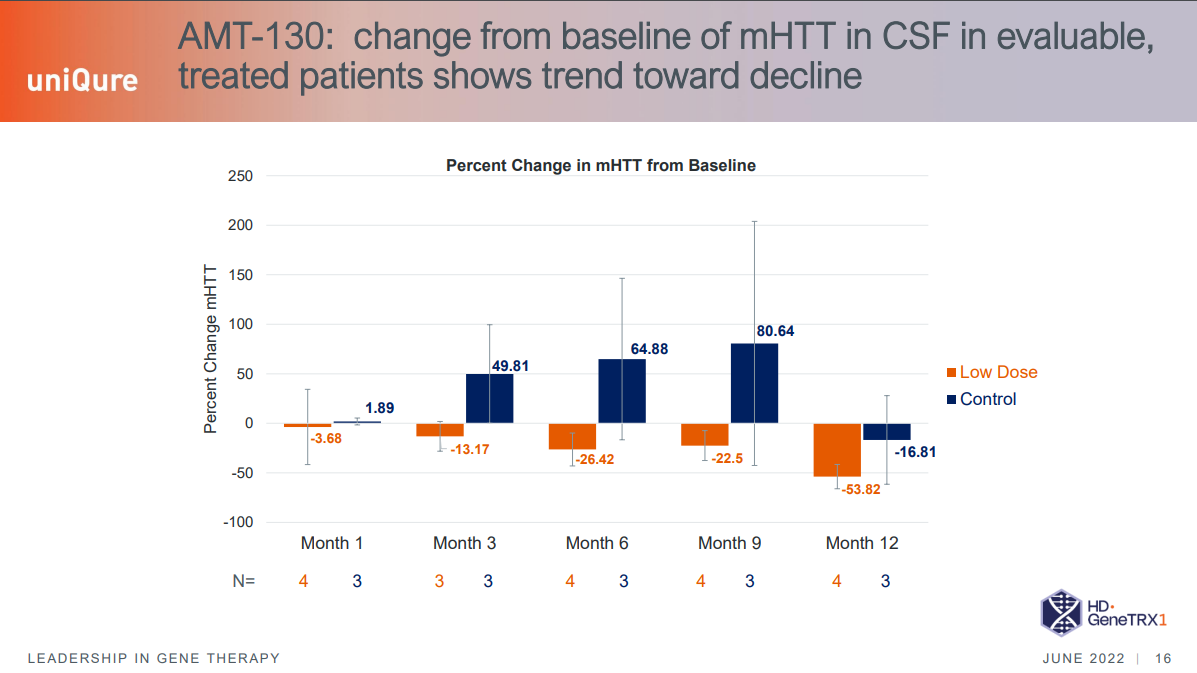 Eplontersen hits – but how hard?