Soleno’s diazoxide choline was to have been a breakthrough in the uncontrolled eating disorder Prader-Willi. However, after the failure of its phase III Destiny PWS study yesterday it is Soleno that slimmed down, losing half its market cap this morning.

The group now argues that Destiny PWS might have included subjects who did not have “true” hyperphagia – the abnormal desire for food that was an inclusion criterion; if only those with severe hyperphagia are considered diazoxide has an effect, it says. Clearly the market does not buy this or other post-hoc claims, some of which are based on cherrypicked patients.

This is a disappointing state of play for a disease that has already witnessed the spectacular blow-up of Zafgen, and the failure of Millendo’s livoletide, the only other pipeline asset with meaningful sellside numbers, in phase II in April.

Destiny PWS had enrolled 124 subjects into its blinded, placebo-controlled phase, and sought to show superiority for diazoxide on the basis of a hyperphagia score after 13 weeks. Subjects on diazoxide improved, by 5.94 points, but unfortunately those on placebo did too, by 4.27 points, and the difference was nowhere near statistical significance.

On an analyst call Dr Jennifer Miller, a Prader-Willi expert, bemoaned the fact that caregivers and parents were by now “totally familiar” with the questionnaire on whose basis subjects had been enrolled into Destiny PWS. Many knew how their child needed to score to qualify, resulting in some being enrolled despite not actually being in hyperphagia, she suggested.

To correct for this Soleno picked out 61 subjects who had a baseline score of over 22, and on this basis said diazoxide showed an effect versus placebo that resulted in a nominal p value of 0.0124. It said such an analysis had been prespecified, but of course the p value is not statistically significant. 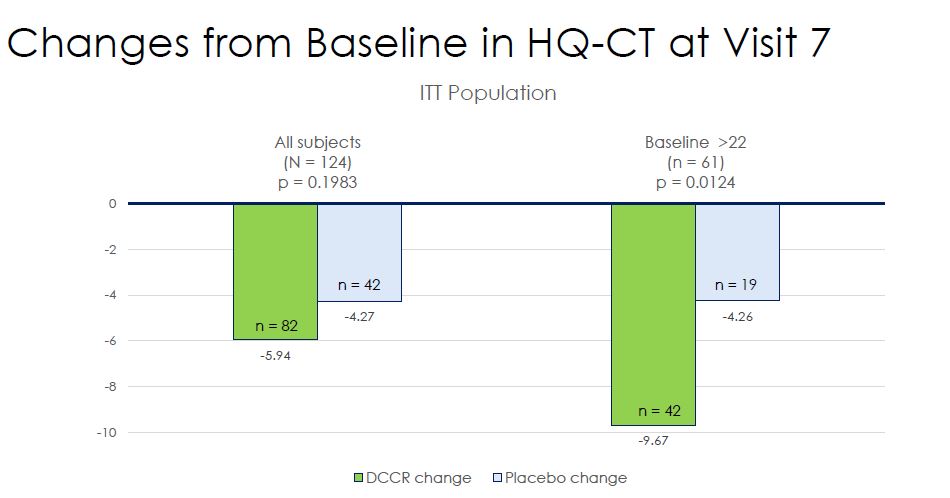 Neither were the p values used to back up “significant” effects on two of three secondary endpoints: p=0.029 for investigator-assessed improvement, and p=0.025 for body fat reduction by DXA scan. The not especially convincing nominal p values for these measures were further called into doubt by the perverse failure to show any benefit on another secondary, caregiver-assessed improvement.

Soleno also argued that there was a significant reduction in trunk fat mass favouring diazoxide, but did not explain why this measure was backed by only a 96-patient subset of the Destiny PWS trial. On the plus side diazoxide’s side-effect profile looked good, which should be expected for a drug that has been on the market since 1973, for hypoglycaemia caused by overproduction of insulin.

If Soleno’s arguments seem flimsy, you can hardly blame the group for trying. Diazoxide is its only pipeline asset, and its future will be uncertain if it cannot raise more money on the back of it: Soleno ended March with $15m in the bank, which based on its first-quarter burn rate is enough to last only to the end of the year.

Realistically, however, diazoxide, its rationale in Prader-Willi – that its action on potassium channels can interrupt synthesis of an appetite-stimulating neuropeptide – and its 2026 sellside consensus of $593m, according to EvaluatePharma, all look dead in the water.